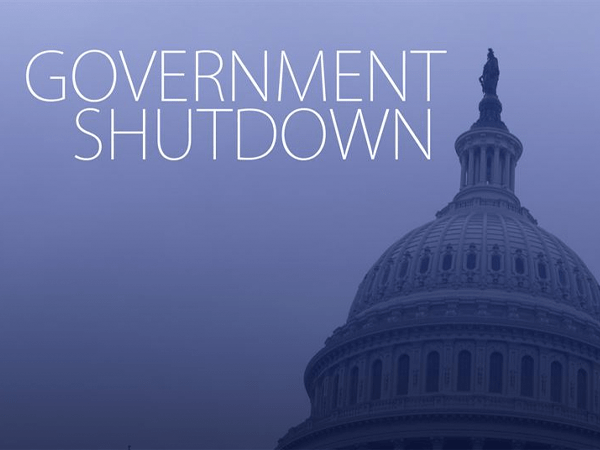 Whether or not you think the U.S. should build a wall, POTUS has threatened a government shutdown if an agreement for about $5 billion in needed funds isn’t reached.

Over at MarketWatch we get the “bottom line” from POTUS:

“If we don’t have border security, we’ll shut down the government,” Trump said at the White House, in remarks that weren’t previously scheduled to be open to the press.

Funding for the wall is the biggest sticking point in talks to keep parts of the government open past Dec. 21.

Setting the politics of border security aside, if the government were to shut down on December 21, the destabilizing effects could prove terminal for an already weary market.

Government shutdowns have happened in the past, so this wouldn’t be unprecedented. But each time the government has shut down, the economic impact wasn’t positive.

And right now the U.S. doesn’t need another type of uncertainty on top of trade wars, housing bubbles, and seemingly insurmountable debt.

According to another MarketWatch piece, during a shutdown POTUS has the power to bring the entire market to a crashing halt as easily as flipping a switch:

For example, Trump could decide against having Transportation Security Administration agents or air-traffic controllers continue working; in that case, business travel and package deliveries would be held up … “If the president wanted to play real hardball, he’d shut down the air-traffic-control system, and within seconds bring the U.S. economy to a halt,” Collender said.

It’s unlikely the President would exercise that option. But the option is nonetheless out there, and that’s enough to raise questions. And it’s all of those questions plus others raised by a shutdown that can make things worse.

See also  There Is No Means of Avoiding the Final Collapse

The MarketWatch article also alluded to an imminent shutdown, at least in the short term:

Following Tuesday’s heated meeting, “it appears unlikely that a solution to stave off at least a short-term shutdown will be reached,” said Clayton Allen, a Height Capital Markets analyst, in a note Wednesday.

And therein lies the uncertainty. A “short-term” shutdown may not have a large enough destabilizing effect to rattle the markets. But a prolonged one could, according to Chris Matthews:

Of course, this all depends on just how long the shutdown lasts. Longer shutdowns have typically resulted in more pronounced declines in the S&P, with the exception of the 21-day event in 1995.

A very protracted cessation of government activity, however, could be detrimental enough to the American economy that it starts to deplete corporate profits too.

Some of what determines market performance is news. That means the government doesn’t exactly have to shut down to stir up investor sentiment.

During the 2011 fight over the debt ceiling, the Dow fell 10% between July and August. During the 2013 shutdown, the Dow dropped 2.5% in the last week of September. And during the battle in 2015, the Dow dipped 6% during the second half of August.

Aside from POTUS threatening to shut down the government, they could also just run out of money. If that happens, they have to start budgeting what’s left. That means cutting valuable services off from the public.

All in all, any talk of shut downs or POTUS actually shutting down the government could send the market off a cliff, making any correction that much worse.

In a situation like this, the best time to hedge your bets was yesterday. The next best time is now.

This isn’t the first time POTUS has threatened to shut down the government. If this becomes a regular occurrence, one can only imagine how the markets will respond to the constant uncertainty.

Traditionally, physical assets like gold and silver perform well in uncertain markets and can be considered as part of any stable diversification plan.

Making sure your portfolio includes a diversified set of assets is a strategic move that can add stability during uncertain times like the potential shutdown on December 21.