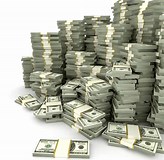 (Bloomberg) — Federal Reserve Chairman Jerome Powell cast the central bank’s actions during the coronavirus crisis as aimed squarely at helping U.S. workers, a tactic to head off criticism which has dogged it since the last recession: that its policies primarily serve Wall Street and wealthier Americans.

The Fed’s flurry of emergency lending since mid-March has sought to stabilize financial markets and extend credit to companies struggling to find financing from banks and other traditional lending sources. That has helped buoy financial markets and again exposed the Fed to attacks for having rescued investors first. The central bank has attracted additional scrutiny for not mandating companies that access its support to maintain payrolls.

Powell countered by saying the Fed’s real aim is to preserve jobs by keeping firms afloat.

“The pandemic is falling on those least able to bear its burdens, it is a great increaser of inequality,” Powell said Friday during an online discussion when asked whether the Fed’s policies contribute to U.S. inequality. “Everything we do is focused on creating an environment in which those people will have their best chance to keep their job or maybe get a new job.”

DES MOINES, Iowa (AP) — As if trips to the grocery store weren’t nerve-wracking enough, U.S. shoppers lately have seen the costs of meat, eggs and even potatoes soar as the coronavirus has disrupted processing plants and distribution networks.

Overall, the cost of food bought to eat at home skyrocketed by the most in 46 years, and analysts caution that meat prices in particular could remain high as slaughterhouses struggle to maintain production levels while implementing procedures intended to keep workers healthy.

While price spikes for staples such as eggs and flour have eased as consumer demand has leveled off, prices remain volatile for carrots, potatoes and other produce because of transportation issues and the health of workers who pick crops and work in processing plants.