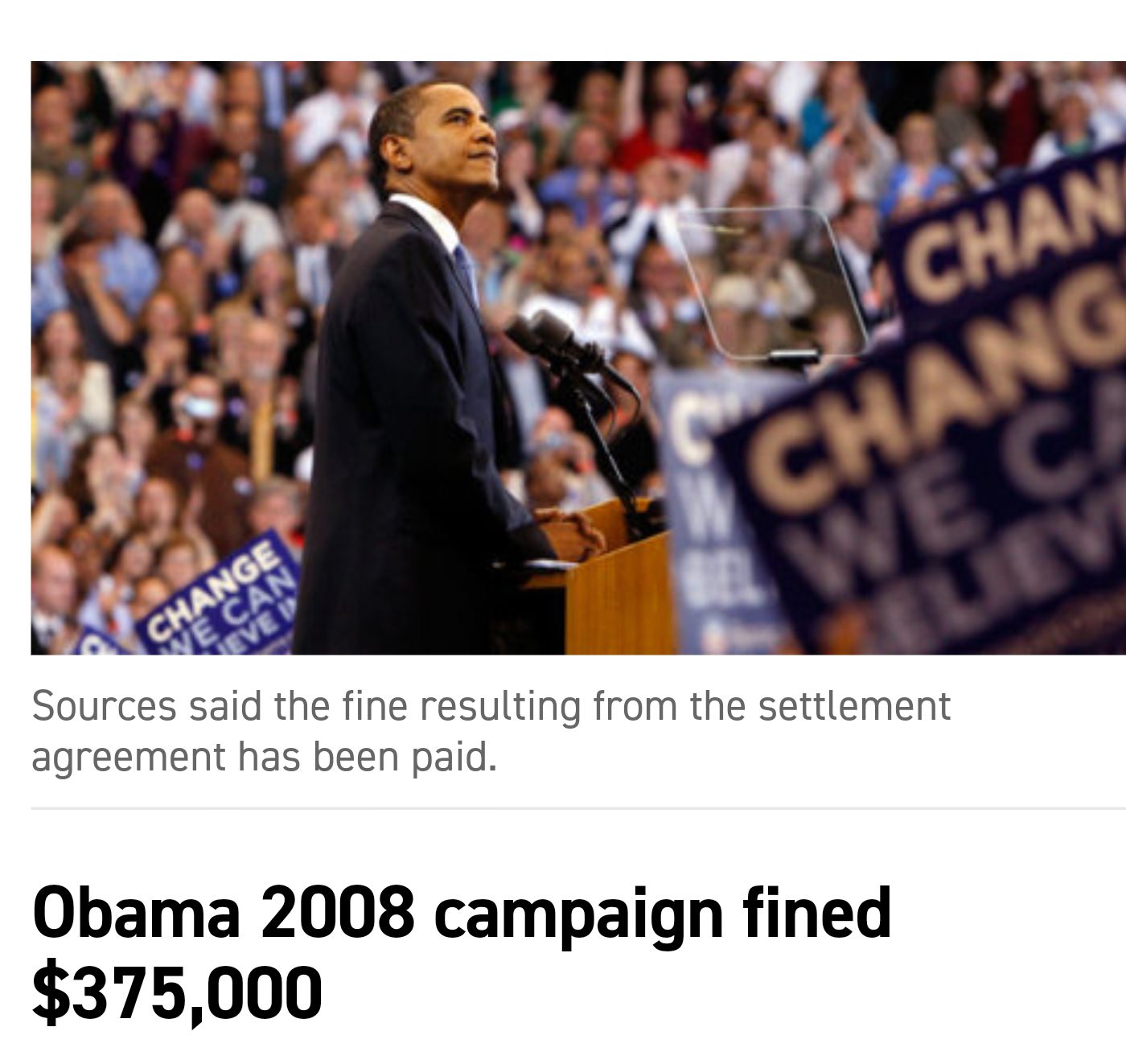 President Barack Obama’s 2008 campaign was fined $375,000 by the Federal Election Commission for campaign reporting violations — one of the largest fees ever levied against a presidential campaign, POLITICO has learned.

The fine — laid out in detail in FEC documents that have yet to be made public — arose from an audit of the campaign, which was published in April. POLITICO obtained a copy of the conciliation agreement detailing the fine, which was sent to Sean Cairncross, the chief lawyer for the Republican National Committee, one of the groups that filed complaints about the campaign’s FEC reporting from 2008.

But he added, “They’re also the first billion-dollar presidential campaign. Proportionally, it’s not out of line.”

FEC officials declined to comment on the fee or the existence of the agreement. But for context, failed Republican presidential nominee Bob Dole set a record for FEC fines on his 1996 campaign when he paid $100,000 two years later.

See also  Rep. Jim Jordan: If President Trump was such a threat to “national security,” why wait 18 months to retrieve the “sensitive” documents at his home? Even Democrats can’t answer this!