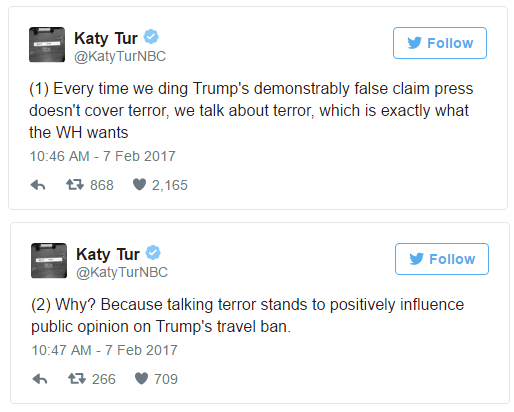 Trump got CBS this morning to list all of the ISLAMIC TERRORISM acts committed in the last few years. Gets them to admit that ISLAMIC TERRORISM is a real threat.
CBS News covered, in some cases heavily but at least to some extent, more than 74 percent of the attacks on the list.
The White House list of attacks, which includes misspellings, follows:

www.cbsnews.com/news/white-house-releases-list-of-terror-attacks-says-most-didnt-receive-media-attention-they-deserved/
New poll: 50% of Europeans want a complete (and actual) muslim immigration ban, only 20% opposed. This changes everything.
www.infowars.com/poll-clear-majority-of-europeans-want-total-ban-on-muslim-immigration/

7 thoughts on “President Trump trolls media, CNN goes bonkers "proving" how much terrorism there is.”