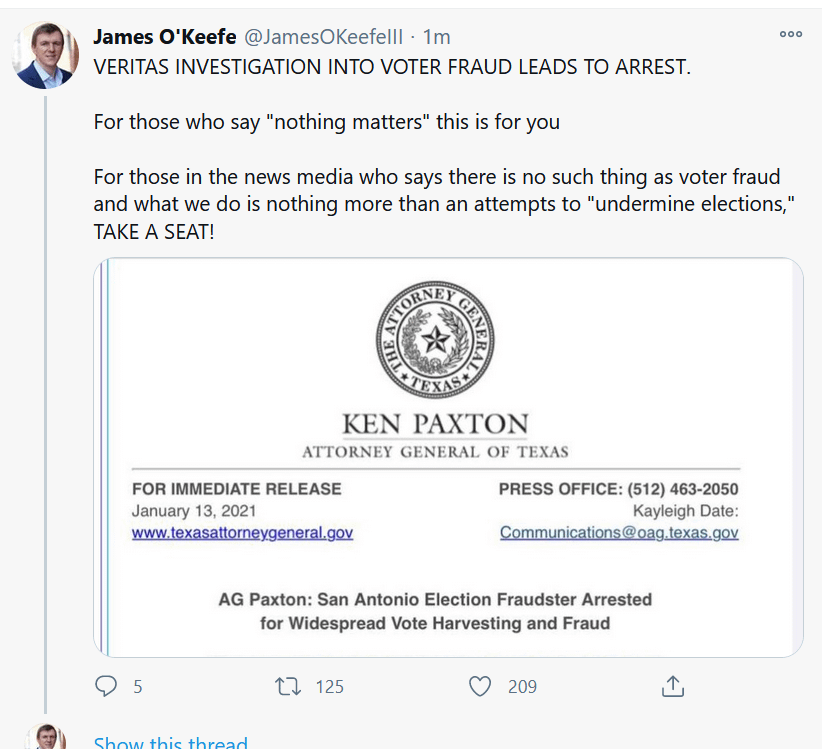 Raquel Rodriguez, a San Antonio campaign worker, was arrested on election fraud charges after she was caught on camera guiding an older woman to change her vote on a mail-in ballot in favor of democrats. The video was recorded using an undercover camera by far-right activist group Project Veritas.

Ever since the presidential election results declared Democrat Joe Biden a winner, President Donald Trump’s campaign alleged the election being.