Eventually, there aren’t any more half measures to take or stalling tactics that work. It doesn’t matter what you were promised or what you believe you earned.

Pension recipients simply will not receive what they were promised to receive. This is the forefront of a cresting wave, the same wave that includes Social Security benefits (and most, if not all financial future promises made by vote-seeking politicians). Math is math, and no amount of handwringing or indignant posturing can make up a fiscal shortfall.

Harry Van Alstyne and his wife Susan used to go out to dinner every Saturday night — until his pension was cut by 29% last October.

Now, they’re thinking about selling their home and skipping their annual trip to Maine. They’ve already dipped into their savings. 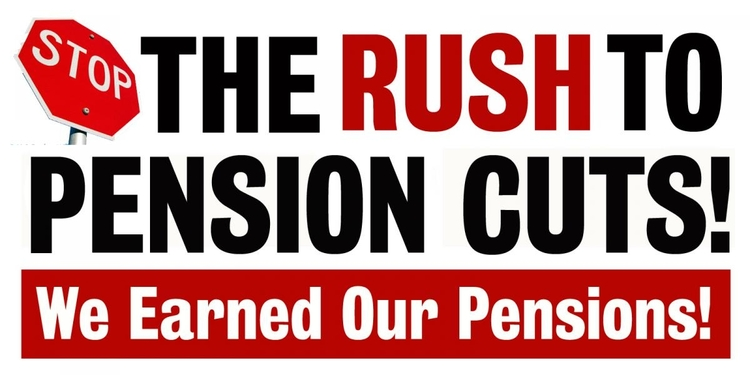 This is not the retirement they planned for. After working for 30 years as a truck driver for UPS, Van Alstyne was promised $5,141 a month by the The New York State Teamsters Conference Pension and Retirement Fund.

“I hated the job from day one, but I stayed with it because I was promised a secure pension,” said Van Alstyne, now 64.

READ  Charted: Money Can Buy Happiness After All

When he retired in 2006, he was receiving his full pension. But the fund was hit hard during the financial crisis and never fully recovered. A 2016 report projected it would run out of money as soon as 2026.

To save it from going bust, the fund cut current retirees’ benefits last year by 29%. Van Alstyne’s pension fell to $3,650 a month.