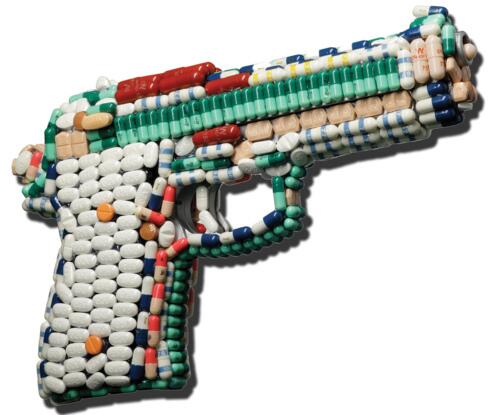 Some 90 percent of school shootings over more than a decade have been linked to a widely prescribed type of antidepressant called selective serotonin reuptake inhibitors or SSRIs, according to British psychiatrist Dr. David Healy, a founder of RxISK.org, an independent website for researching and reporting on prescription drugs.

Fact: At least 36 school shootings and/or school-related acts of violence have been committed by those taking or withdrawing from psychiatric drugs resulting in 172 wounded and 80 killed (in other school shootings, information about their drug use was never made public—neither confirming or refuting if they were under the influence of prescribed drugs). The most important fact about this list, is that these are only cases where the information about their psychiatric drug use was made public.

I bet the Florida School shooter was also on these pills, but you won’t see this ever mentioned because the Conspiracy is to keep America Drugged for profit
Doctors get rewarded by big pharma to over prescribe and do so all the time, even when unnecessary
www.apa.org/monitor/2012/06/prescribing.aspx

Research shows that all too often, Americans are taking medications that may not work or may be inappropriate for their mental health problems.

See also  DeSantis goes beast mode: ‘We say no to lockdowns, no to school closures, no to restrictions, and no mandates.’
See also  The Covid Hoax Will Never End Until We Put a Stop to It!
1,715 views

2 thoughts on “Psych Meds Linked to 90% of School Shootings. MSM Never Covers this because it Messes with Big Pharma's Cash Cow”