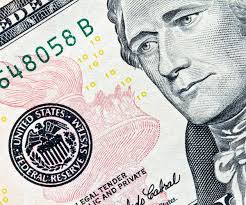 Fed Is Seizing Control of the Entire U.S. Bond Market

(Bloomberg Opinion) — The Federal Reserve is not leaving any corner of the U.S. bond market behind in this crisis.

There’s no other way to interpret the central bank’s sweeping measures announced Thursday, which together provide as much as $2.3 trillion in loans to support the economy. It will wade into the $3.9 trillion U.S. municipal-bond market to an unprecedented degree, can now purchase “fallen angel” bonds from companies that have recently lost their investment-grade ratings, and has expanded its Term Asset-Backed Securities Loan Facility to include top-rated commercial mortgage-backed securities and collateralized loan obligations.

This is new and close to what I’ve argued for over the past year. The Fed’s facility will buy muni debt directly from issuers that’s sold for cash-flow purposes and matures no later than 24 months from the date of issuance. I had figured that for simplicity the central bank would make this available only to states, but the Fed decided that in addition to states and Washington, D.C., it would also buy notes from cities with more than 1 million residents and counties with more than 2 million.

The Treasury Department is making an initial $35 billion equity investment, and the vehicle can snap up as much as $500 billion of eligible debt.

In the quest to find markets that look like they will weather an impending economic downturn, many investors are turning to the Federal Reserve.

The central bank, faced with seizing markets during the spread of the new coronavirus, pledged in March to do essentially whatever it takes to restore order in the marketplace. The handful of markets in which it has directly intervened by purchasing assets or lending against them have recouped some of their losses since then, a reassuring sign for investors who were taken aback by the indiscriminate selling that occurred throughout much of March.

But in riskier markets that fall outside of the Fed’s purview — including junk bonds, leveraged loans and nongovernment-backed mortgage bonds — the pain has been slower to abate. Some markets remain essentially closed for business, setting off a race against the clock for borrowers to stay afloat.

The growing disparity is adding to the pressure investors face as they try to identify which investments look like discounted buying opportunities and which look likely to struggle further.

High-yield bonds, for instance, are so beaten down that they might look tempting, said Lauren Goodwin, multiasset portfolio strategist at New York Life Investments. But with the economy in crisis and investors widely expecting a wave of defaults over the coming months, Ms. Goodwin believes investments that have received Fed support are more promising buying opportunities.

Other observers agree. So far, “the markets that the Fed has most directly intervened in have been the ones that are closest to getting back to normal,” said Stephen Stanley, chief economist at Amherst Pierpont.

Corporate bonds are among the biggest beneficiaries of the Fed’s recent programs. Before the central bank’s intervention in March, sales of corporate bonds had come to a virtual standstill, hurt by the tumult rippling across global markets. And investors yanked a record $43.8 billion out of mutual funds and exchange-traded funds tracking high-grade bonds in the U.S. in the week through March 18, according to Bank of America Global Research.