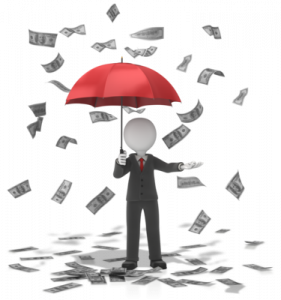 QUESTION: The Fed buying $60 billion in T-Bills each month is obviously not long-term QE. They are expanding their balance sheet, but this is clearly not the QE as before. As a professional institution we can see the difference. Would you elaborate on the difference? 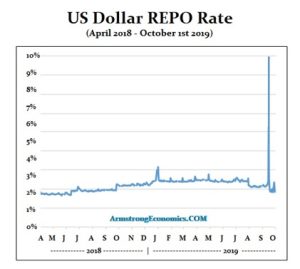 ANSWER: The Fed is buying $60 billion of Treasury bills per month for an entirely different purpose. They are trying to prevent short-term rates from rising. The 2007-2009 QE was an attempt to “stimulate” the economy by encouraging banks to lend, which it failed to accomplish. Here the Fed is trying to prevent repo rates from rising to 10% again because the banks do not trust banks.

We are witnessing the Fed trying to maintain control over the benchmark short-term interest rate it uses to guide monetary policy. They are NOT “stimulating” the economy, bailing out banks, buying US debt because others will not, or anything of the like. Buying T-Bills is short-term not long-term. They are trying to artificially prevent short-term rates from rising which our model shows in underway.

The crisis has NOTHING to do with the economy domestically and it is not Quantitative Easing trying to stimulate the economy by buying in long-term debt. They are trying to keep short-term rates from rising which is being instigated by an entirely different type of financial crisis that has NEVER before been witnessed.

I cannot go into elaborate detail on this blog. I do not want to be accused of starting a financial panic for the way things always work is they need someone to blame. I get calls from those involved so anything I would report would not be opinion or speculation. Hence, I must respect what is unfolding and it has to be in a report or at a conference, not on this blog where we do not restrict who comes in or out.