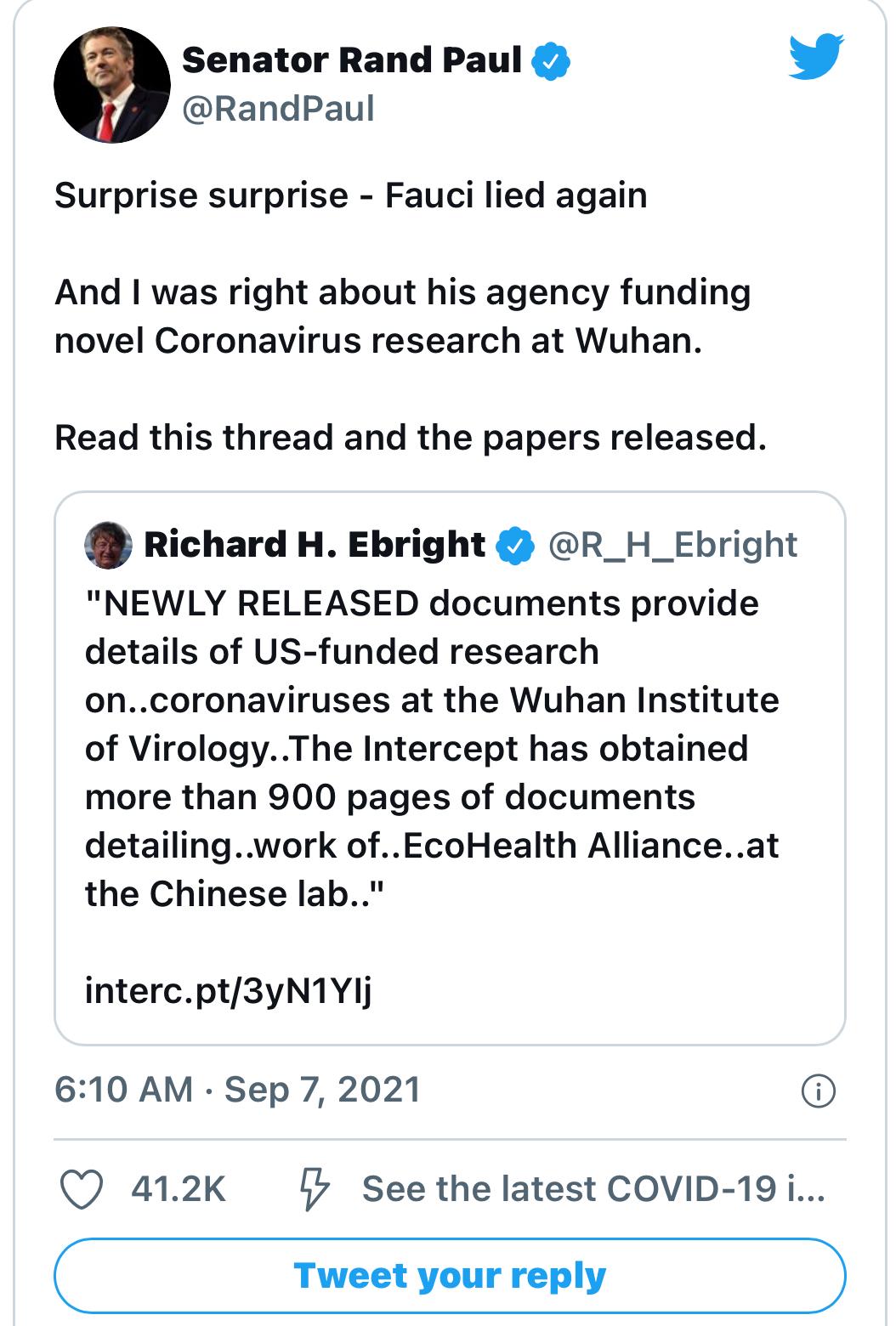 Did the National Institutes of Health provide funding for the “gain of function” research in Wuhan that might have created COVID-19? According to Anthony Fauci’s testimony before Congress, neither NIH nor the National Institute of Allergy and Infectious Diseases (NIAID) provided funding for that type of virus research, a point on which Rand Paul later accused Fauci of perjury.

A new set of documents released under a FOIA demand to The Intercept appears to contradict Fauci’s repeated testimony. According to the paperwork, two previously undisclosed grants appear to have funded GOF research, including one in Wuhan — but not at the laboratory under suspicion thus far:

NEWLY RELEASED DOCUMENTS provide details of U.S.-funded research on several types of coronaviruses at the Wuhan Institute of Virology in China. The Intercept has obtained more than nine hundred pages of documents detailing the work of the EcoHealth Alliance, a U.S.-based health organization that used federal money to fund bat coronavirus research at the Chinese laboratory. The trove of documents includes two previously unpublished grant proposals that were funded by the National Institute of Allergy and Infectious Diseases, as well as project updates relating to the EcoHealth Alliance’s research, which has been scrutinized amid increased interest in the origins of the pandemic.

The documents were released in connection with ongoing Freedom of Information Act litigation by The Intercept against the National Institutes of Health. The Intercept is making the full documents available to the public.

“This is a roadmap to the high-risk research that could have led to the current pandemic,” said Gary Ruskin, executive director of U.S. Right To Know, a group that has been investigating the origins of Covid-19. …

According to Richard Ebright, a molecular biologist at Rutgers University, the documents contain critical information about the research done in Wuhan, including about the creation of novel viruses. “The viruses they constructed were tested for their ability to infect mice that were engineered to display human type receptors on their cell,” Ebright wrote to The Intercept after reviewing the documents. Ebright also said that the documents make it clear that two different types of novel coronaviruses were able to infect humanized mice. “While they were working on SARS-related coronavirus, they were carrying out a parallel project at the same time on MERS-related coronavirus,” Ebright said, referring to the virus that causes Middle East Respiratory Syndrome.