Australian house prices have posted their slowest annual growth rate since 2016, as Sydney prices dropped for the first time in six years.

Prices in Sydney were down 0.5 per cent in the year to February, the first fall since 2012, contributing to the slowest rate of annual growth for national prices since 2016, according to the latest figures from CoreLogic.

Annual growth rates slowed in every capital city except Hobart, where home values are still at historic peaks, up 13.1 per cent from a year ago.
“This was fuelled by tighter credit policies, particularly focused on investment and interest-only lending, which reduced demand from that part of the market,” CoreLogic head of research Tim Lawless said.
The report also found, over the past month of February, values fell across every capital city except Hobart (+0.7pc) and Adelaide (steady).

UK house prices fell unexpectedly in February for the first time in six months, as the squeeze on household incomes and weaker economic backdrop weighed on the property market, according to the mortgage lender Nationwide.
The average price of a home fell by 0.3% last month to £210,402, following a 0.8% increase in January. City economists had expected a 0.2% increase in prices.
The February decline drove down the annual rate of growth in UK house prices to 2.2%, the weakest in six months and less than half the 4.5% pace of growth in the same month last year.
“Month-to-month changes can be volatile, but the slowdown is consistent with signs of softening in the household sector in recent months,” said Robert Gardner, Nationwide’s chief economist.
He said the outlook for house prices in the months ahead was difficult to predict because of the uncertainty over Brexit negotiations.

THE PRICKING OF THE CANADIAN REAL ESTATE BUBBLE?

As most everyone knows, over the past decade, Canada has experienced a massive real estate boom. 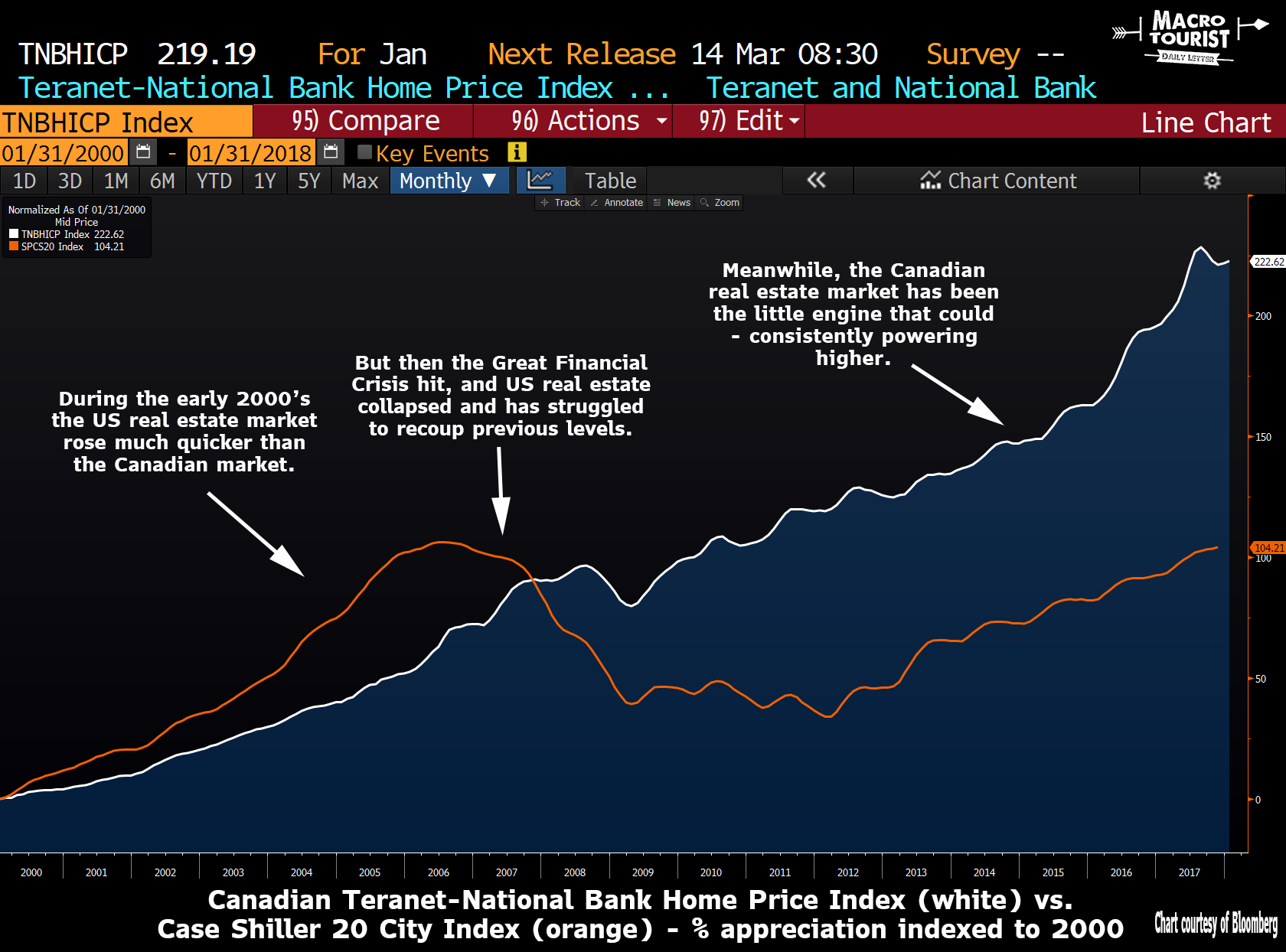 And for the past half dozen years, we have had to endure all the proclamations from hedge fund managers about the coming great Canadian housing market crash. Although there has also been some Canadian skeptics, the majority of these doomsdayers have been American managers who, after experiencing their own real estate crisis, can only imagine the next “big short” occurring in Canada. 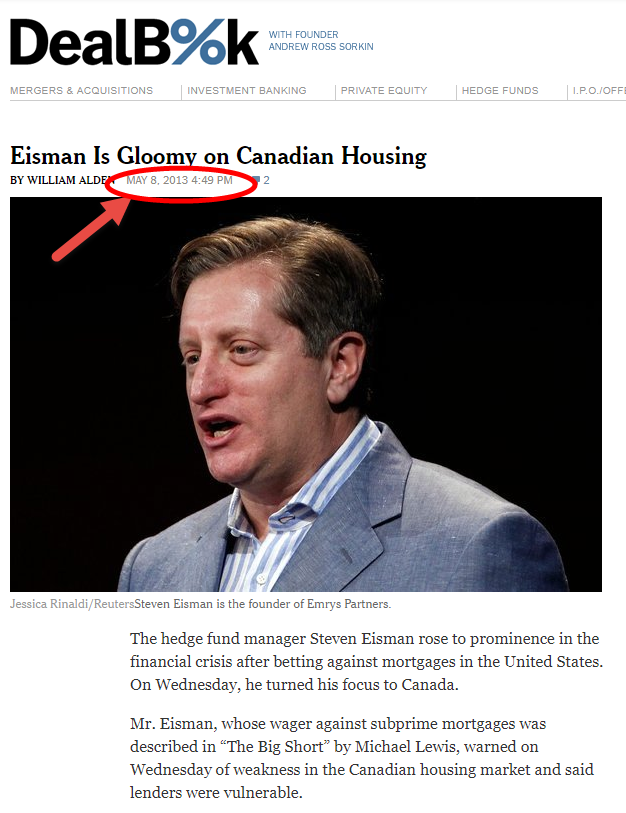 See also  Are We On The Verge Of A Massive Stock Market Crash?

Besides that, rents are in free-fall in Chicago, decline in Seattle, plunge here, soar there, city by city.

The peculiar phenomenon that had started last November is getting more and more peculiar. The momentum of median asking rents across the US has split in two: On a national average, one-bedroom rents are soaring in the double-digits while two-bedroom rents are barely ticking up. And this was exacerbated in February:

Update on the Splendid Housing Bubbles in US Cities

A story of spikes and new flat spots.
Home prices on a nationwide basis rose 6.3% from a year earlier (not seasonally-adjusted), according to the S&P CoreLogic Case-Shiller National Home Price Index for December, released this morning. The index has now surpassed by 6.3% the crazy peak of Housing Bubble 1 in July 2006, at which point it began to implode in spectacular fashion. Thanks to the radical and experimental monetary policies, prices were reflated by 46% since the bottom of Housing Bust 1:

Goldman: "Too early to detect impacts of higher rates on housing"

… except for this of course pic.twitter.com/N53OP8r51K

Sounds like air coming out of another bubble…. t.co/b5FnEXmAHF

See also  The Panic of Hyperinflation vs The Stock Market Crash – Steve Penny
We need to understand that as mortgage rates rise, there will have to be a crash. The prices cannot be sustained. We’re already seeing a strain in areas of the U.S. and Canada being effected by these extremely small increases that we have seen.
Give Me 10 Minutes and I’ll Show You Why Real Estate Is Going To CRASH Globally!

The global real estate bubble continues to expand in many areas. Ever wonder why? Is it because more people are moving in and need places to stay. Maybe. But during the Subprime Crisis when housing prices fell, is that because people were leaving? Not at all.Let’s take a look at the real statistics so you can know the truth.