Almost everything has moved online – banking, business, and our favourite games too!

Poker has a rich and intriguing history. From the cowboys and gangsters of the Wild Wild West and Las Vegas to modern pop culture in movies like Rounders.

It’s said that poker originated in the 18th century and slowly moved throughout America. Starting around the Mississippi River Delta and then making its way to other places via boats!

Once the boats docked, the game became popular in the saloons.

While poker was seen as a bit of a game for an outlaw, it was increasing in popularity – and around the 20th century, it became more mainstream.

By the 1970s, the first WSOP tournament took place in Las Vegas, and from there, it because a huge and exciting game played all over the world.

Online poker had already launched in 1998, but it only became more popular once technology became further widespread.

Top poker players began to play more often online, and in 2009, an anonymous player by the name of Isildur1 beat everyone.

Now, online poker is more popular than almost all other casino games.

What makes online poker so enticing, and what are the main differences between online and land-based poker?

What’s the difference between online and live poker?

The skills that you need for live poker and online poker are also the same.

While the rule remains the same, there are some big differences between online and live poker.

If you like to increase your odds while keeping complete control of your games, then multi-tabling is one of the most significant benefits of online poker playing.

You can play two or more tables simultaneously so long as you can manage your time and screens effectively.

You’ll need to be efficient with your time and work up to having more than two tables in play at a time.

You can use poker software to help you keep track. 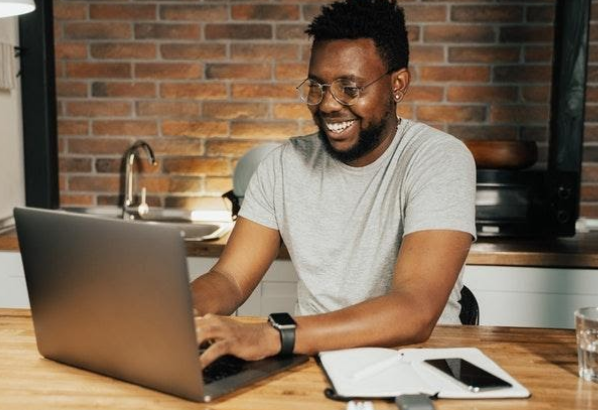 Photo by Tima Miroshnichenko from Pexels

Online poker is faster. Many players don’t appreciate the speed of the turns and would much prefer to sit at a table and carefully take time.

Land-based casinos have a dealer who will help tempo the table and control the action. Yet online, the speed of the computer is unmatched.

The cards are dealt immediately, cards and chips are automatically calculated, the only part of the game that takes time is the player turns.

Due to the speed of the rest of the game, players often keep pace and make fast decisions too.

When you play online, you can play any type of poker game you want. There are hundreds of thousands of games play at any moment, and you can choose to play any of them.

At live poker, you will be able to study your opponents and notice their tells carefully.

There are still tells to be found when playing online too.

You can look at the tempo of how someone is playing, how did they bet, which position changed how they proceeded with the game?

In many ways, online poker can help you become a more proficient player overall.

How can you switch from live poker to online poker?

It is pretty easy to switch to online poker—one of the first things you’ll need to check is that you have the hardware to play.

How to choose between online poker and live poker?

Many poker professionals will play both online and live poker matches. The mix of both playing styles will make you are a better player.

But both styles of play will be able to give you more insight into your smart investment decision making too. Read more: Technically Speaking: The Lessons Poker Can Teach You About Investing

Should you be investing in iGaming stock right now?

The iGaming market is one of the newest for investors and is pretty volatile.

Yet, the growth rate of the iGaming market has been rapid since the relaxation of the ban and regulations in the US.

The best iGaming sectors to research ahead of investment are Gaming EFTs, Game Providers stocks, and Online casino stocks.