So your telling me that we are about to enter a double recession with interest rates, or “cost of capital” near zero %? Do people realize how f*cked we are?

What determines a recessionary period is if REAL GDP is negative for a prolonged period of time. Generally that means that real demand goes negative. However, what we starting to see is nominal retail sales are up, while real retail sales are negative! See chart below (not adjusted to date).

So, correct me if im wrong. A consumer spends on meat and chicken. both of them are 10 usd. Now, after a period of time, that same consumer only spends on meat, but the price is 20 usd for it. On the first time, GDP was 20, and on the second, still 20. However, the real GDP was 20, and now its 10. So the consumer is worse off at the end.

So what does this mean? Well, if nominal sales are up, and real sales are down, real GDP is negative, but the consumer is spending more money.

The biggest problem is that if we do enter a recessionary period, with interest rates close to zero, the FED cant do anything without falling into a liquidity trap or destroying the US dollar. What i mean is, lowering the interest rate with an already extreme level of M2 wont help the future economy as nominal sales will explode, and if inflation slows down, the increase in M2 wont cause real demand to increase because it will stay as cash, or bank reserves like 2008. So the FED will have to increase government budget with fake money, in an already overblown gov debt, to recover real demand and support the economy.

See also  US retail sales declined 0.3% in May amid rising inflation. Well that can’t be good …. Right?

We already know what happens next. 18 months later, 40 year high inflation. And imagine real wages after getting hit with 5-10 year long high inflation. How can real demand ever recover if wages cant increase faster than inflation?

We can also think at it like this. If cost of debt is zero, and demand goes negative, than nobody wants it, and we are f*cked.

The US economy is extremely tight and it already looks like the bubble wants to burst. But it wont, cause every country in the world will follow the Dollar.

See also  India raises interest-rates by 0.5% in spite of getting cheap Russian oil

And for the stock market, if you check the real value of sp500 by dividing it with M2, you will see how the bubble is still not done. The creation of money will always continue, and the value of the market will always go up. Traders will be burned, hedge funds will always win. 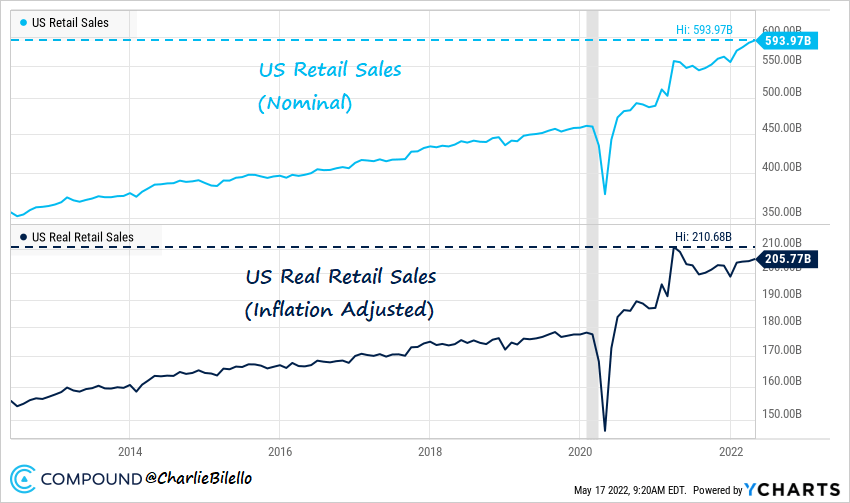