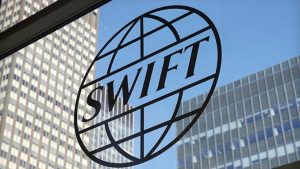 The Society for Worldwide Interbank Financial Telecommunication (SWIFT) is employed by over 11,000 institutions across 200 countries and serves as the messaging domain for financial institutions to exchange funds. This crucial tool was implemented to replace the Teleprinter Exchange, known as Telex, back in 1973 as the Telex system became technologically obsolete. SWIFT has also become a leverage tool for sanctions as the United Nations and member states may limit access to the network to enforce international law.

It happened to Iran from 2012 to 2016 under the Obama Administration due to Iran’s nuclear program with measures reimplemented down the line. The idea was to cut off Iran’s banking system to outside funds, leading to coercion by economic pressure. Abdolnaser Hemmati who was at the head of Iran’s central bank said, “We were expecting these sanctions, so we had plans in place for them and b 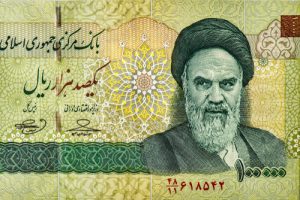 eyond … considering the possibility of banks being disconnected from SWIFT we have considered alternatives to replace it.” Former US Treasury Steven Mnuchin threatened to sanction SWIFT itself if they did not comply. “SWIFT is no different than any other entity. We have advised SWIFT that it must disconnect any Iranian financial institutions that we designate as soon as technologically feasible to avoid sanctions exposure,” Mnuchin threatened.

See also  The uranium story just got more bullish (US Seeks $4.3 Billion for Uranium to Wean Off Russia Supply)

Iran was already isolated from most global financial networks at the time, but now the idea of cutting off Russia is being touted in Washington. Kurt Volker, former United States Special Representative for Ukraine Negotiations, deemed removing Russia from the SWIFT system as the “nuclear option.” He says this with good reason. The measure was considered when Russia annexed Crimea, but Russia said they would not simply comply. Prime Minister Dmitry Medvedev assured the public that removing Russia from the SWIFT system “would in fact be a declaration of war.” 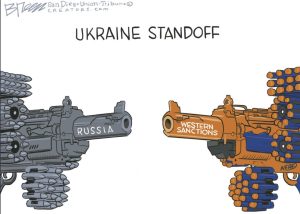 Removing Russia from SWIFT would hurt its trading partners. First, it will spook the markets and the uncertainty will lead to volatility. International companies conducting business with Russia would be forced to halt many transactions. Investors may rush out of the ruble, disrupting international capital flows. The EU heavily relies on Russian energy and retaliatory measures could spell disaster.

Russia has quietly been developing its own version of SWIFT since 2014 called the System for Transfer of Financial Messages, which now delivers around 20% of domestic transfers. However, the Kremlin will likely not accept removal from the SWIFT system as Iran did and this measure could very well be considered a declaration of war.