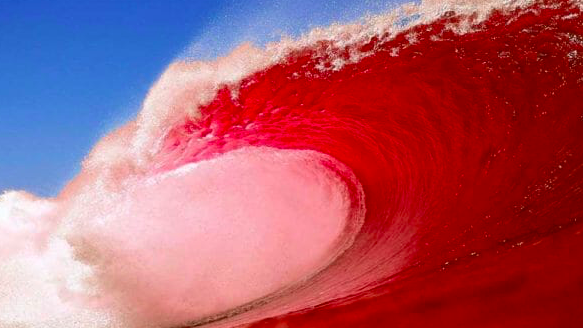 For those out there still thinking of voting Democrat on Tuesday, let me remind you what Republicans have in store for next year: Tax Cuts 2.0.

A month ago, the GOP-controlled House of Representatives passed the second phase of the tax cuts following the December 2017-passed Tax Cuts and Jobs Act. The main piece of the three-bill package is a measure that would extend and make permanent the individual tax cuts implemented almost a year ago. Under current law, the individual cuts are set to expire after 2025. Though these significant tax cuts would balloon the deficit even more, it would continue to put more money into the pockets of hard working Americans. I used to care about the debt and the deficit. But no one else seems to care, so I have given up trying to sound the alarm.

The bill now sits in the Senate and its fate depends on the outcome of Tuesday’s elections.

Economists appear to be in agreement that the extended tax cuts would provide a modest boost to the economy in the short-term, but the benefits would be tilted toward wealthier Americans, AKA job creators, employers, and investors.

According to the Tax Policy Center, the individual tax cut past 2025 would slash taxes for American households by $1,600 on average starting in 2026. Lower-income households making up to $28,600 would receive an average tax cut of $100, a 0.5 percent boost to after-tax income. The middle class ($54,800 to $95,000), however, would benefit from an average cut of $980, a 1.3 percent boost to incomes. The top 1 percent of income earners, who make much more money than the rest of us and pay a disproportionate amount of taxes already, would get an average cut of more than $40,000, a 2 percent increase to incomes. The new cuts would benefit a vast majority of households. Two-thirds of Americans would receive a tax cut while roughly 9 percent would see their tax burden increase due to the elimination of a few tax credits. The remaining quarter of households would see a minimal change of $100 or less after taxes.

The Tax Foundation estimated that Tax Cuts 2.0 would boost GDP by 2.2 percent over the long-run.

The Tax Cuts and Jobs Act of 2017 was able to pass through the narrowly-held Republican Senate last year because Republicans passed it through budget reconciliation, requiring only a majority vote in the Senate. It also was not subject to an inevitable Democrat filibuster. Tax Cuts 2.0, however, is proceeding outside of the budget reconciliation process, which means the Senate needs 60 votes to avoid a filibuster. The likelihood of the GOP gaining enough seats to get a filibuster-proof majority on Tuesday is slim. But the closer they get, the closer we get to putting more money in our pockets for the next decade and beyond. Pressure can be applied on a number of moderate Democrats to vote for tax cuts if Republicans increase their majority. Unfortunately, this bill could very well be dead on arrival due to the lack of bipartisanship in Washington these days.

The Tax Cuts and Jobs Act of 2017 not only reduced the individual tax burden for many millions of Americans, it also dropped the corporate tax rate from 35 to 21 percent. This has resulted in utility customers in all 50 states spending less on their monthly bills thanks to the tax cuts passed by the Republican House and Senate and signed into law by President Trump. According to Americans for Tax Reform, at least 133 utilities across the country have lowered rates for its customers as a direct result of the tax cuts. Lower electric bills, lower gas bills, and lower water bills all put more money into the pockets of American consumers.

House Ways and Means Committee Chairman Kevin Prady said over the weekend that these permanent tax cuts will be decided at the ballot box on Tuesday.

“Permanence really depends on this election,” Brady told Fox News. “If Republicans retain control of the House and the Senate next year we will do reconciliation and make these tax cuts permanent.”

The midterm elections are a crucial date for the future of our country. Will we give the GOP and Trump administration the go-ahead to do what they can to help millions of struggling Americans? Or will the desperate Democrats get back the House and put a stop to the accelerating America First agenda we’ve witnessed over the last two years? Conventional wisdom says that Republicans will get trounced next week. But these political times are different in so many ways. We are living in the most unpredictable era in quite some time. No one knows what will happen, no matter how loud the mainstream media shouts that the Republicans will be defeated at the ballot box because the public detests the Donald.

All 435 House members and a third of the Senate are up for reelection on November 6. And what do Democrats promise to do if they get a hold of power in DC? Raise taxes, of course.

Democrats continue to campaign on repealing the tax cuts passed by Republicans. If Democrats get a hold of the House and/or the Senate, they will raise the corporate tax rate and Americans will again pay higher utility bills.

Rep. John Yarmuth, who will serve as the House Budget Committee chairman if the Democrats win the House is angling to raise top corporate tax rate to 27 percent.

Many Democratic candidates for Congress are calling the tax cuts benefiting many Americans with lower costs and higher incomes as something that only benefits wealthy Americans. They are appalled that the country doesn’t want to raise taxes and grow government like we have since the the early 1960s. Democrats want to expand the welfare state and they need to raise taxes to do that.

Senator Ron Wyden, top Democrat on the Senate Finance Committee, is calling for an increase to the capital gains tax above the already high 20 percent rate.

Robbed presidential candidate and Democratic Socialist Bernie Sanders, along with New York Democrat Kirsten Gillibrand, have pushed for a 0.5 percent tax on all stock trades and a 0.1 percent tax on bond trades.

Outright Socialists like Alexandria Ocasio-Cortez wants to put the country on the path to a socialist state by raising taxes to pay for her imagined American utopia where none of your money you earn is yours to keep! Ocasio-Cortez, in addition to 150 current Democrats in Congress, want to bring single-payer healthcare to the U.S., a massive expansion of the size of government that would impose a one-size fits all healthcare system on the American people, bringing a Veterans Affairs style of patient-killing healthcare to all of us. Single-payer would increase healthcare spending by $32.6 trillion in just ten years, requiring trillions of dollars of tax hikes on middle class families and struggling small businesses.

Sanders detests businesses and the free market as evidenced by his proposal for a 6.2 percent payroll tax on businesses that would spike taxes by $10 trillion in a decade. He also wants a 2.2 percent payroll tax on families and individuals, adding another $2 trillion. But it doesn’t stop there. Sanders also wants an increase in the death tax and a trillion dollar increase in capital gains taxes.

The choice between the two major parties has never been more clear. Democrats want to raise taxes on the American people as high as they can. Republicans want to continue to reform taxes and lower tax rates for the American people and American companies. Democrats want to destroy the economy and get us back to the 2 percent annual GDP growth we had during the anemic Obama years. The GOP wants to keep GDP in the 3 to 4 percent range, increase household incomes, and bring jobs back to our shores. The GOP wants to let you keep more of your money and lower your costs all around.

I know which party I’m choosing on Tuesday. Do you?