Once-mighty General Electric is fighting to stay off the junk heap.

GE’s stock has become a sliver of its former self, and its bonds are now trading as if they are already junk-rated. That puts pressure on new CEO Larry Culp to quickly raise cash and cut debt to keep its debt rating from falling further to sub-investment grade junk status, otherwise known as high-yield.

“When the market begins to price you to junk status, you have a very limited time to clear that up before you become junk,” said Thomas Tzitzouris, director and head of fixed income research at Strategas. “Whether their plan is viable or not, they’re running out of time.”

Tzitzouris said GE is not even close to becoming high-yield rated yet, but it will have to prove it deserves to stay investment grade. The company’s goal is to regain its A rating after S&P cut it to BBB-plus last month. But should GE become a ‘fallen angel,’ its debt service costs would rise and it would face a new round of selling pressure on both its stock and bonds.

GE’s stock market value has slipped to just below $70 billion, about $300 billion less than where it was in 2005, when it was last America’s most valuable company, according to S&P Dow Jones Indices. 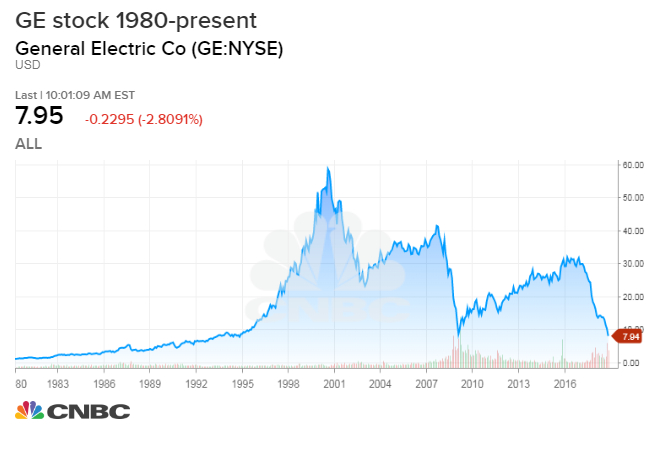