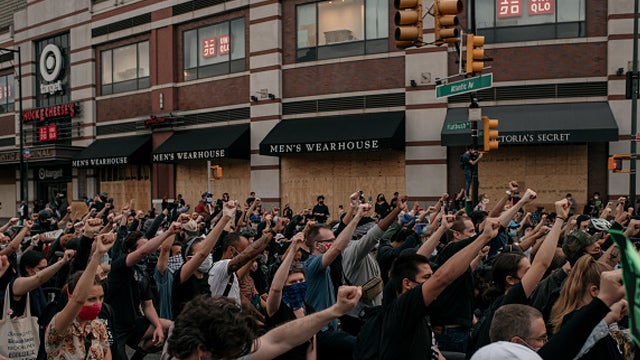 CALLER: Just as a segue from what you were just speaking about before the break, you know, the theory that I proposed to your screener was, you know, living in this blue state, I feel like the blue state governors are actually hoping and praying that Trump does something, and the reason I say that — and when I say something, send in the National Guard or send in some sort of aid — because it would do twofold.

It would fix the problem that they have with the rioting, the looting, and the issues that we’re having out here. But it would also give them the capability to condemn it. And it would give them the capability to call him a racist and give ’em that point that they’re looking for. So I think the best thing that he could do is to stand by, not do nothing, but be ready and say we’re ready to roll whenever you want help.

The second thing these governors want is bailouts. So it’s one of two. They’re looking at the opportunity here because of the virus at first and now the protests and the unrest. They’ve got so many financial obligations that they don’t have any prayer of meeting. Illinois, too, in terms of unfunded pension liabilities, obligations, their budget deficits. And I think that they’re holding out that, you know, Trump will realize that there can’t be a national economic recovery without New York and California, so they might ultimately get bailed out.

I think Trump’s gonna leave ’em alone. I think New York right now is serving a really great purpose. New York is a preview of what a Democrat win in November will mean for the whole country. If you want people like Cuomo and de Blasio running where you live, take a look at New York. If the Democrats win, if Biden, whoever wins the presidency, New York is the model for where we’re headed, from nursing homes, to riots, to everything in between.

RUSH: They’re still talking about George Floyd in Minnesota, the Minnesota attorney general increasing charges against the officer and there’s also report that the other three officers are going to be charged. We don’t know what with. You know, the original charge was third degree murder for the officer who had his knee on the neck of George Floyd. And now this story’s making it look like that charge may be changed to something — well, worse for the officer. 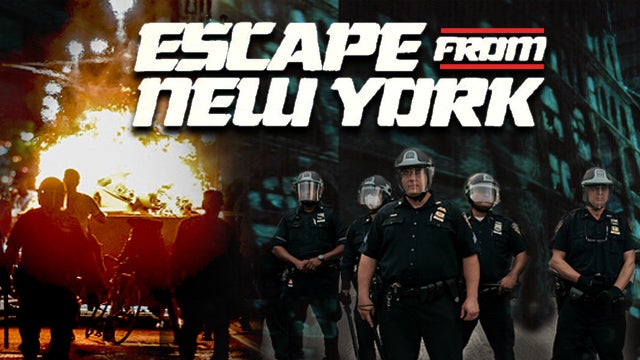 I want to go back to one point I made also at the bottom of the previous hour, the end of it. We had a caller who thinks that the governors, California and New York, do indeed want Trump to call out the military because nothing good can happen there. Military gets called out and somebody gets killed, somebody gets hurt, and that looks bad for Trump, and then the states are gonna have to be apologized to and all that. I don’t think that’s gonna be the case.

In fact, I think what these governors are actually hoping for is — they may be hoping for the military be deployed so that something happens that can harm Trump, but I think what they really are angling for is an economic bailout. Many of them, California particularly, still much more attached to things with the virus story than they are with George Floyd. They’ve got their share of protests and they’ve got their share of property destruction, Santa Monica, Los Angeles, Rodeo Drive, I mean, they’ve had their share of it, but the virus is still a dominant subject there.

And it wouldn’t surprise me if both Cuomo and J.B. Pritzker in Illinois and Newsom are doing what they’re doing angling for a federal bailout. A federal bailout to wipe out every debt they’ve got, including unfunded pension liabilities and all that. And I hope Trump doesn’t do it. I do think — you remember Kent State, remember the song by Crosby, Stills, Nash & Young, Four Dead in Ohio, four dead and Nixon’s come? Remember all that?

I think they’re hoping for something similar here. I think they’d love for the military to take out some innocent citizen if they’re deployed in New York or California. But I hope what really happens — I hope Trump leaves ’em alone. If you want a preview of what awaits this country if Democrats win the presidency, look at New York. Look at Minnesota. Look at California. Look at anywhere the Democrats run the show with no opposition. From nursing homes to riots, everything in between. 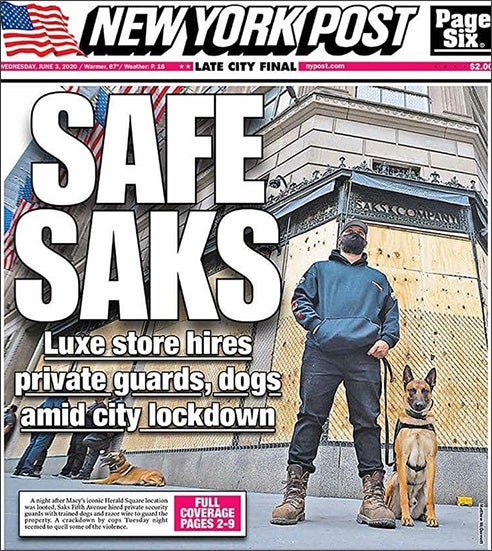 Everything that’s happened in these states was avoidable. The governor New York, the mayor of New York, they’re wannabe little, you know, almost miniature dictators. And they don’t like each other, and there’s none of this we’re in this together stuff. There’s, no, we’re stronger together stuff. These two guys don’t like each other at all, de Blasio and Cuomo. Both of these guys, de Blasio and Cuomo, both of them botched the coronavirus response big time. They both botched the lockdown of the city and the state.

It was not necessary. They have destroyed so much, restaurants and other businesses that will never come back. These cities, if these people don’t get a handle on things, these cities in these states are gonna end up being unlike anything anybody remembers. There’s gonna be no reason to move back to them. With telecommuting having been a success, there’s no reason now that you have to live in New York to work there. There’s no reason you have to live in Connecticut and pay those exorbitant rents and commute to New York. Ditto, New Jersey. There’s no reason anymore.

Now, I made mention of the fact that it may be tough to have a genuine nationwide economic recovery if we don’t get New York and California on board, that they are a large percentage of the American economy, and we need them rejuvenated economically if there is to be a national economic recovery.

I had some people say, “I don’t think you’re right about that, Rush. You say the U.S. economy has to have New York and California, but I think we’re about to see, Rush, that we don’t need New York or California. And here’s why I think so, Rush. New York City’s a war zone. New York City is over. New York City is done. Who in the world is gonna move back there now? Who in the world is ever gonna feel safe there? Who is gonna ever want to go back to that city and pay what it costs to live there when nobody is gonna lift a finger to protect you or your property? Now we got barbed wire, Rush, protecting Saks Fifth Avenue. Who in hell wants to live in a place where that’s required, Rush?”

“The thing you don’t get, Rush, New York was dying and sick before the China flu and the riots. The only thing different now is New York has no pulse. Just pull the plug. We’re gonna have to figure out how to live without them. And we will.” I gotta couple of notes along those lines.