RUSH: Well, that was one heck of a Christmas break. And I’ve been chomping at the bit to get back here. I’ve had to revise my opinion of Twitter. Yes, I have. I’ll explain it in a minute.

So what happened? The president kills a well-known terrorist who is responsible for the death of hundreds of Americans, including uniformed military personnel, and the left melts down. The left has a breakdown. If anybody is puzzled by this, all you have to do is go back to when Trump came down the escalator on June 15th of 2016 and announced his slogan Make America Great Again. Remember how controversial that was? 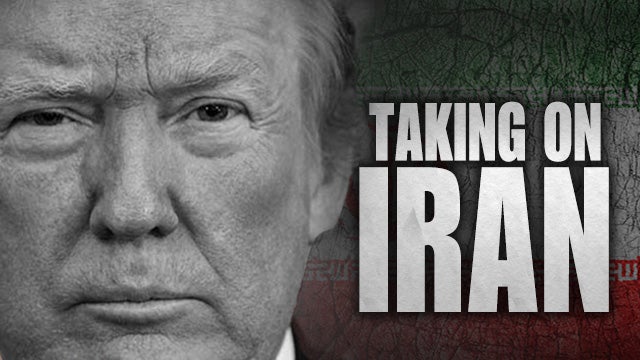 Twitter, in my mind, has become useful. Now, Snerdly and the gang on the other side of the glass are looking perplexed and puzzled because it is well known that I think of sewer and Twitter as inseparable. But Twitter is highly useful right now. Twitter is allowing the left and today’s Democrats and the media to show normal people how freaking insane they are. Twitter has become worthwhile. It is incredible.

As I watch this display, as I watch the left melt down over the death of a genuine enemy of the people of this country and side with an enemy nation over their own country and president, I wonder how many Americans, independents, what have you, who are on the fence see this and are shocked and surprised by it. I do because you never know the depth that the mainstream media succeeds in achieving in terms of persuading people.

In other words, everybody needs verification, or a lot of people need verification. Well, one of the missions of this program since its inception has been the attempt and the objective to inform everybody ideologically who the left is, who liberals are, what liberalism is, how it becomes indistinguishable from socialism. Yeah, yeah, yeah, yeah. And now, I mean, it’s unmistakable who these people are, and they are the ones making it well known.

Nobody has to tell anybody what the American left is or what the modern-day Democrat Party is because they are out there informing everybody. You see where Iran has announced it will no longer abide by the terms of the 2015 nuclear agreement with Obama? Kind of like Bill Clinton announcing he’s no longer gonna abide by his marriage vows. I mean, big deal. Anybody shocked, Iran — they never have abided by the — in fact, they may have because the terms of the deal freed them to go ahead and develop nuclear weapons, nuclear power and all of this.

Look. Let me take a stab. I’m late to this issue. The story’s been around since late last week. Let me take a stab at explaining this. Oh, and, by the way, folks, I need to tell you, I have some kind of — it’s a weird thing. I never had this before. A little respiratory cold. I don’t have a stuffed nose or throat or any of that. It’s kind of like asthma. I had asthma when I was a kid, shortness of breath. So if I speak a little slower, that’s why. Don’t be distracted by it. I’ll try to not make it distracting.

Why is the left being so blatant in their support for an enemy nation? Why is the left, why is the Democrat Party going out of its way to tell everybody that they actually prefer the mullahs in Iran and this dead terrorist, Qassem Soleimani. By the way, this guy — and I have the inside track on how they did it, which I will share with you — I mean, the military operation, I have the inside track on how this was done. It is amazing, and as ironic as it sounds, we may have to really, really praise the intelligence community for pulling this off. 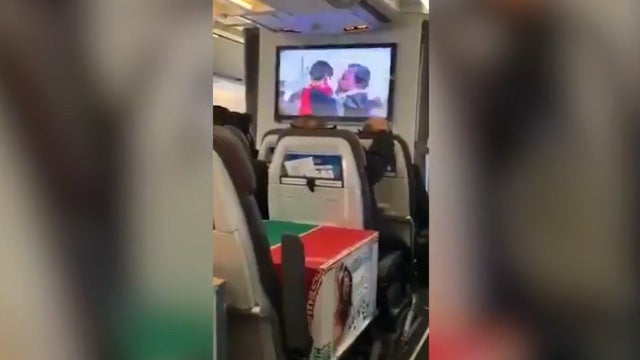 I mean, the deep state IC. But this guy, the Revolutionary Guard that general Qassem Soleimani, his body is being flown back to Tehran in a cardboard box with his picture on it across three coach seats on an Iranian airline. The New York Post has the picture. He’s in a cardboard box. Of course there’s not much of him left, just his finger with the ring on it. That’s how he was identified. But still, and they’ve got his picture on the cardboard box. But he was a bad dude, folks.

Now, why is the left beside themselves? I think — and there are many reasons for this, by the way, and all of them I’ve discussed before, and in terms of what may be guiding this in a specific sense, I think as much as the case is the modern-day Democrats, it’s about protecting the legacy of the Obama administration and Obama himself and the Obama foreign policy.

To many conservatives and many Republicans, Reagan is the president of all time, the president of presidents and no matter what kind of assaults or attacks on him they’re going to be answered and defended. And I think to the left — you know, it used to be Clinton — I actually now think it’s Obama — that must be protected above all things, must be shielded against all attempts. It was the Obama administration that ran the coup on Trump, and it went all the way to the Oval Office. There’s no doubt in anybody’s mind.

Pelosi, by the way, still hasn’t sent the articles of impeachment over. Josh Hawley, senator from Missouri, says he’s gonna offer a resolution to just dismiss the charges because she won’t send the articles over, and nobody knows when she’s gonna send ’em over. She’s trying to, again, persuade people to reopen the case in the Senate for more witnesses. But I think she may be waiting for Durham.

She may be waiting for the Durham report, even if that’s six months from now, and use the articles being sent to the Senate to blunt whatever bad news might be coming down the pike for the Democrats. Durham could be one thing predictable, could be something we don’t know about. But let me explain this Obama business as a way of explaining how the left is imploding on this. You know, it has been fashionable…

The answer is very simple. There are a lot of people in the Democrat Party that don’t think America ever has been great, do not think America can be great (because of our founding), don’t believe America deserves to be great and, in fact, thinks America’s guilty — and they have now become the mainstream media of the Democrat Party. Madeleine Albright. Madeleine Albright is teaching at Georgetown University.