RUSH:  “San Francisco’s ‘poor street conditions’ a factor in city’s loss of $64M Oracle tech conference.” Oracle systems, Oracle is Larry Ellison. They were gonna have a gigantic convention. The OpenWorld Conference sponsored by Oracle was to happen in San Francisco. But they have moved it to Las Vegas due to the expensive hotel rates and the piles of human feces on the streets nearby. 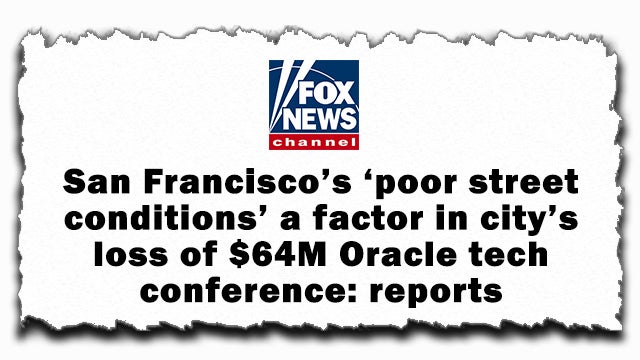 I’m not making this up. The loss of this convention — it’s been held in San Francisco for 20 years — is raising new concerns about whether the city’s struggles with homelessness and human feces, open drug use and street violence may be scaring off tourism and other businesses. This is, by the way, the Congressional District of — dadelut, dadelut, dadelut, dadelut, dadelut — the Speaker of the House, Nancy Pelosi.

The Democrat Party right now, folks, is a walking disaster. It’s stunning. And yet they sit here and act out each and every day with this air of superiority over everybody. But the stench of failure is wafting around them constantly. This impeachment is a failure. They are losing ground in public opinion rapidly. Trump’s job approval numbers are at an all-time high in the polls they consider credible, the polls that they listen to.

There are more and more Democrats talking about how their constituents are opposed to impeachment, and they’re getting grief. More and more Democrats are floating the idea that maybe censure would be a better thing to do. But Pelosi is in too deep. She cannot cancel impeachment now. There would be a literal riot on the set at MSNBC and over at CNN, not to mention the lunatic fringe base of the Democrat Party. 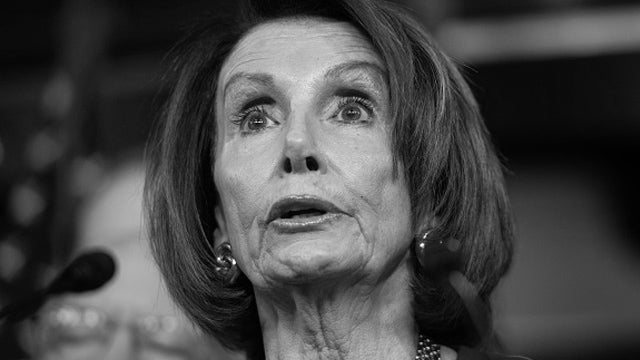 She can’t cancel it. She can’t walk it back. All she can do is release some of the moderate Democrats that didn’t want to vote for this in the first place to actually vote against it. I think she’s getting to the point where she may have to let some of these moderates vote against impeachment if they think that’s necessary to save their seats.