RUSH: Yesterday toward the end of the program we had news for you, and it was news about the National Security Council official Tim Morrison who had testified yesterday morning, the very day of this vote to… (chuckles) It did nothing. It put a vote to the inquiry to impeach Trump. Tim Morrison testified he was on the call. He heard the call. He heard the call the president made to the president of Ukraine, and there was nothing that he heard that was illegal. Nothing he heard was corrupt. 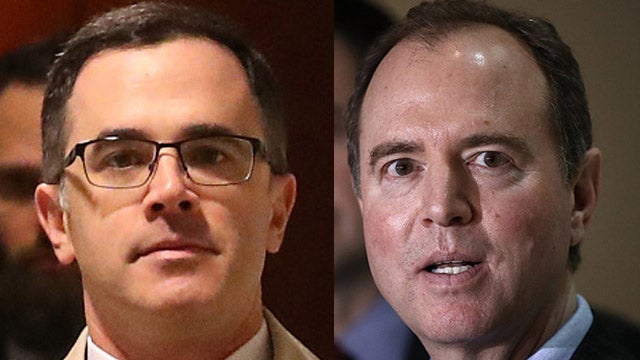 Nothing he heard was a problem. Some of it concerned him, and that was it. I remember this testimony contradicts everything that the whistleblower said, contradicts everything that Vindman said. Folks, stick with me here, because this whole circumstance is exactly as I’ve been telling you: Thoroughly manufactured. This phase that we are in was implemented the day the Mueller report was submitted and bombed out. It actually…

This phase — the whistleblower phase and this phone call business — actually was implemented the day after Mueller’s testimony! His congressional appearance where he bombed out and appeared to be a doddering old man that didn’t know what was in his report and didn’t know where he was or what he was doing. This impeachment thing was hatched that very next day when Mueller bombed. And it’s like I told you yesterday: This is Plan B or maybe we’re at Plan C or Plan D.

But everything prior to this has failed to get rid of Trump. This is just the latest effort and it’s manufactured, and everybody in it is lying. Everybody in it is participating in a programmed, orchestrated event that is an illusion being made to look like it’s spontaneous, that it’s the result of actual things that happened — and it isn’t. So I can’t do everything in the first 25 minutes, but I’m gonna explain this in due course. I’m setting the table here.

So I dug into it. It is! It’s an out-and-out lie. Axios, the Washington Post, it is a total lie. It is journalistic malpractice to the max. I will explain. I spent the rest of the night asking, “What did I miss the rest of the day? What did this guy say that I didn’t know about?” He didn’t say anything that contradicted the original report. He did not say, and he did not agree with, the whistleblower and Vindman! The press literally is making this up, cherry-picking a line here or there with the guidance from Schiff.