RUSH: Who’s next? This is Dee in Des Moines, Iowa. You’re next. You’re up. Hello.

CALLER: Hi, Rush. Say, mega prayers, and you have gotten me through many, many years, the presidency of Obama — I didn’t think it could get any worse — and Clinton. But now I’m really worried about this coming election. I would like to know your take. Even if Trump wins, what if he loses the Senate? What can he possibly get done? And what is your take on these close Senate races? Here in Iowa, I know Schumer’s spending a lot of money to defeat Joni Ernst. But I’ll be quiet now and listen to your response.

All of this in the Drive-By Media is BS! Whatever Nancy Pelosi and Chuck Schumer are threatening or promising is BS. There’s not a shred of truth in the Drive-By Media. There’s not a shred of truth in all these polls. The polls can’t possibly be accurate. Ignore them! The things that are gonna the outcome of the election in November haven’t even happened yet.

I’m including the virus. I’m including the shutdown. The things that are gonna determine who wins in November have not even happened yet. It is senseless to poll anything right now, aside from the pollsters making money and giving the Drive-Bys something to talk about. It is irrelevant. We haven’t even had the conventions yet — and we may not have them.

Hillary in a landslide.

What did the polls show two weeks before the election?

Hillary in a landslide. 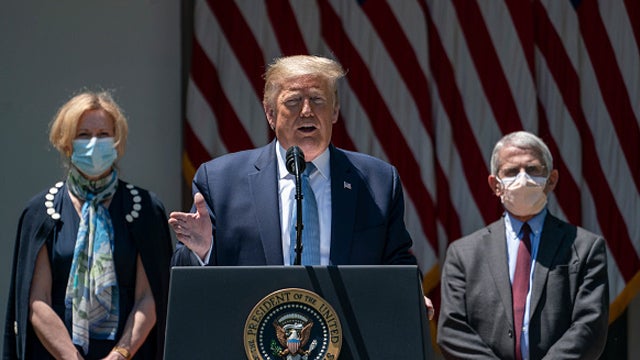 The media and the Democrats are on a high horse because they think that they have finally turned Trump’s base against him, and they think that they have turned those battleground areas of these states that Trump narrowly won, they think they’ve turned those areas against him because of the coronavirus and the economic slowdown. They think they’re gonna be able to blame him for all this when this is a Democrat blue state governor shutdown and ongoing lockdown. And they’re the ones that sound happy about it.

There’s no optimism coming from any of the blue side of the aisle about the future of the country, about anything. It’s nothing but pessimism and doom and gloom. And it may sound good now and it may make good headlines now, but it’s not the kind of thing that wins elections. Democrats aren’t offering any solutions other than massive continued socialist giveaways. It’s nice now when they’re keeping you out of your business, keeping you from your job, but believe me, long-term it’s not what the American people are about.

I’m not a political professional strategist, analyst in that regard. I don’t get caught up in polling data minutia and think tank position papers and all this ’cause nobody knows. It’s impossible to know. And the fact is and the fact remains that whatever it is that’s gonna determine who wins the election, presidential and all these local, state, and congressional races, the events that are gonna determine those outcomes have not happened yet. I humbly believe that.

“But, Rush, the virus and the shutdown, you don’t think that has long lasting –” Yeah, but something’s gonna happen between now and Election Day that’s gonna make it better or worse. It isn’t gonna stay constant like this. It never does. There is always change. And when have the Democrats ever beaten Trump? They’ve beaten Republicans, but they have not beaten Trump. They’ve beaten Republicans in the midterms, but that was not beating Trump.

And that whole 2018 midterm, why did that happen? Fifty-five Republicans quit. Well, what the hell do you think is gonna happen? Fifty-five House Republicans just gave up. They just quit ’cause they lost their chairmanships. They were term limited out of their chairmanships. I don’t know what president could overcome a 55-seat retirement. They haven’t beaten Trump yet, folks. That’s why they’re going insane trying to.