RUSH: Folks, it is hilarious now that Vindman… This is the most recent witness. This is this a guy you saw on video yesterday in his full, dress Army uniform, and he was walking all over Washington into the Capitol building.

He transferred the news to somebody else who then called Schiff, who did not hear the phone call. Then the transcript is released and, folks, I cannot… You know what gives up the ghost in this is the transcript has been released and there’s nothing in it that is impeachable, not a thing that is impeachable in it. The whistleblower that blew the whistle never even heard the call. He was given the information secondhand — we now believe by Vindman.

So Vindman is now saying that the transcript that was released did not contain everything he heard. So now Vindman is accusing the White House of editing the transcript and leaving out vital information. I’m gonna tell you right now what this is all about — and do not doubt me. This is an effort to divert attention away from the same people that ran the Russia collusion hoax or coup against Trump. This phone call to the Ukrainian president where he happened to mention investigating Biden was all about getting the Ukrainian president to cooperate with Barr. 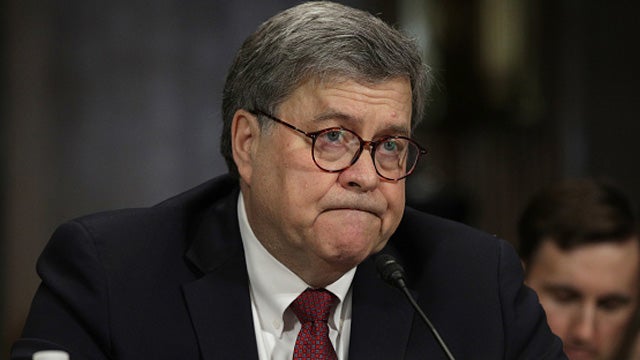 The telltale sign of that is Trump’s mentioning of the word CrowdStrike. That’s the independent firm the Democrats hired to forensically analyze their supposedly Russian-hacked server at the DNC. That’s what Trump is doing. That’s what they’re trying to stop. They are trying to make sure Barr doesn’t find anything. They’re diverting public opinion away from themselves. This is a very elaborate and well-laid out cover-up that all of these Democrats and media people are involved in — and, of course, I find it fascinating.

(sniveling) “We’re not supposed to cast judgment on a decorated military person.”

“There he is in his official Army uniform! He’s walking with great dignity throughout the grounds of the U.S. Capitol. He’s on the way to tell Schiff what Trump did. He’s on the way to explain how horrible Trump is and how horrible Trump was on the phone call.” So naturally there are people who are attacking Vindman and his motives, which then draws a response from people. (impression) “We can’t attack a decorated military person! That’s unseemly. Who do we think we are? That’s not the way to go about this. That’s not the way to defend the president, not to attack a decorated military hero and Ukraine expert.”

Comey has bragged about how easy it was to set Flynn up. Comey’s bragged to his buddies how easy it was. You know how they did it? They sent McCabe and some people, Strzok Smirk, to the White House shortly after Trump had been inaugurated when they figured nobody knew what was going on yet.

And they’re walking through the halls of the West Wing and they encounter people, “Hey, General Flynn, you got time for a couple questions?” And Flynn thinks that it’s official, the FBI, he’s the new national security guy, they’re talking about his upcoming job, when in fact he was being set up. He was being interviewed about his contacts with the Soviet Ambassador Kislyak. And Comey has bragged about it.

The point is, they didn’t think twice about destroying a fine, decorated military hero, Michael Flynn. In fact, they eagerly attacked the effort to destroy him and his family. Mueller, the supposed most honorable man in Washington, no greater integrity, participated in all of this.

Now it’s awfully convenient, we’re not supposed to doubt Vindman because he’s a decorated military man serving his country, great patriot, Ukraine expert, all of which may be true. But notice how the Democrats try to apply blanket immunity to all of their witnesses, and it doesn’t matter who their targets are. If they wear the uniform of the U.S. military, it doesn’t matter, they can destroy ’em, they can seek ’em out, and they can threaten them, they can intimidate them, they can threaten to destroy their families, and they do.

It is Adam Schiff who claims that Trump asked for information to be made up, to be dug up, but this is about much more than Bidens. This is about thwarting Trump’s effort and William Barr’s effort to get to the bottom of what happened in this investigation of Trump and his so-called collaboration and collusion with Russia.

Ukraine was a central player in the effort to elect Hillary Clinton. And all of these people, from Schiff and the Democrats to every one of their witnesses being dragged forward is there to protect the establishment and divert everybody’s attention away from what they did to try to destroy Trump. And they’ve converted this into some sort of now impeachment hearings. 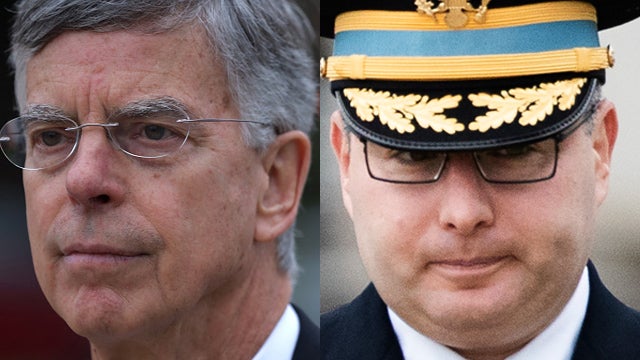 I think I’ve been right from the get-go that we’re living here in the middle of a gigantic illusion that has and is being created and maintained. That is designed to make people think something’s going on that isn’t. For example, there isn’t any impeachment yet. The vote’s gonna be tomorrow, but wait ’til you hear when we get to the rules that they have established for this procedure.

Whatever this is, it’s not a genuine impeachment. It’s not bipartisan. It’s nothing of the sort. And I think Pelosi has stepped in it big time. I think she’s done things that are gonna do great damage to her own party because she’s kowtowing to the radicals, the real radicals in it.

And while all this is happening, she is going to see to it that this country becomes even more divided and more partisan. It’s gonna become a culture and society more and more roiled. And she wants to get all this done before the end of the year so that they can then take whatever they do and attach it to their presidential campaign in the next year.

RUSH: See, I think this… Just to me, this is pretty big, ’cause this whole Ukraine phone call/impeachment is a giant debacle. It’s gonna boomerang and backfire on all of these Democrats trying to make this something that it isn’t and wasn’t. “Lt. Col. Alexander Vindman,” who nobody is allowed to criticize, nobody’s allowed to question, because he’s a “decorated Army hero” and a Ukraine expert trying to nail Donald Trump. So hands off!

“Lt. Col. Alexander Vindman attempted to edit the White House transcript of the July 25 call to include omitted words, he testified Tuesday, three sources told The New York Times. The words omitted, per Vindman’s testimony, came in the rough transcript where there were ellipses per the report.” Three dots. “The details included President Donald Trump referencing ‘tapes’ of former Vice President Joe Biden on tape talking about corruption and Ukraine President Volodymyr Zelensky mentioning ‘Burisma,’ the energy company with ties to Hunter Biden.

“Those details about the president’s potential political opponents were included in the whistleblower complaint, but Vindman … tried and failed to update those details on the rough transcript, he testified…” So he admitted he tried to edit the transcript, which — I’m sorry, I don’t care how decorated you think he is — that is not permissible! He’s not in charge of what the White House, the executive branch releases. Look, folks, there can be no mystery here.