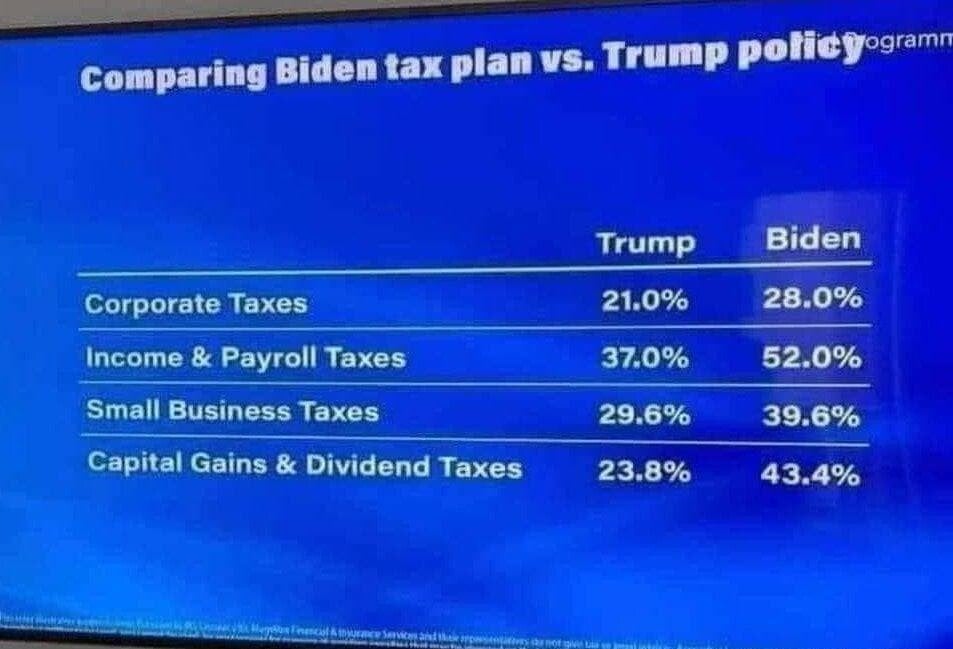 Your taxes may skyrocket with Biden, but at least he acts like a politician and isn’t orange. Worth.

“We conclude that, in the long run, Vice President Biden’s full agenda reduces full-time equivalent employment per person by about 3 percent, the capital stock per person by about 15 percent, real GDP per capita by more than 8 percent, and real consumption per household by about 7 percent,” the report stated.

If Biden’s proposed changes are implemented, the economists warn that, according to the Congressional Budget Office’s projections, 2030 may yield “4.9 million fewer employed individuals, $2.6 trillion less GDP, and $1.5 trillion less consumption in that year alone.” The economists also note that the median household income in 2030 would fall by $6,500 despite Biden’s promises to prioritize the middle class.