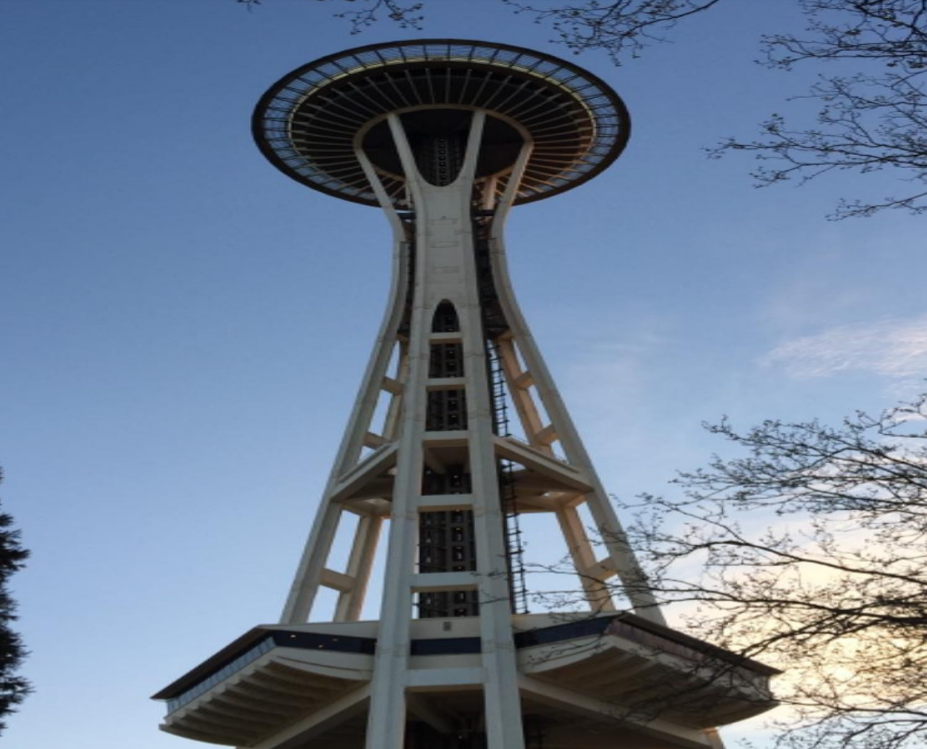 On Tuesday, I wrote about the spike in homelessness on the West Coast and the insurmountable problem politicians face in tackling this troubling issue. There is no clear cut solution, but something needs to be done. California has an astonishing 24 percent of the country’s homeless population. More than 10 cities and counties along the West Coast have declared states of emergency due to the rise of homelessness. Seattle, Washington was one of them.

The socialists on Seattle’s City Council passed a head tax on big companies like Amazon and Starbucks to address the homeless crisis.

The unanimously passed legislation calls for a $275 per employee tax each year on for-profit companies that gross at least $20 million a year in Seattle, down from the initially proposed $500 per-head tax. On Monday, the council taxed the city’s largest employers even more to combat homelessness which prompted a state of emergency in late 2015. A tally last year counted more than 11,600 homeless people in King County alone.

You tax something you will get less of it. Tax big employers, you get less jobs.

“We have community members who are dying,” Councilmember Teresa Mosqueda said before the 9-0 vote. “They are dying on our streets today because there is not enough shelter and affordable housing.” She went on to say that the tax “will have a meaningful impact on addressing our homelessness crisis by building housing and providing health services.”

Amazon and Starbucks are naturally pissed at this anti-business measure.

“This City continues to spend without reforming and fail without accountability, while ignoring the plight of hundreds of children sleeping outside. If they cannot provide a warm meal and safe bed to a five year-old child, no one believes they will be able to make housing affordable or address opiate addiction. This City pays more attention to the desires of the owners of illegally parked RVs than families seeking emergency shelter.”

How long until the liberals implement another boycott of Starbucks after this shot?

Amazon has in turn threatened to not occupy a 722,000 square foot space it leased late last year at Rainier Square, a residential/office/hotel project underway in the heart of Downtown Seattle. It paused then later resumed construction on another block of its owned campus in the Westlake/Denny Triangle area north of Downtown as the company will surely shift further employee growth elsewhere after this move by Seattle’s socialists.

Jeff Bezos is not happy. Amazon said in a statement that it is still “apprehensive” about expanding the number of employees it has based in the city.

“We are disappointed by today’s City Council decision to introduce a tax on jobs,” the statement read. “While we have resumed construction planning for Block 18, we remain very apprehensive about the future created by the council’s hostile approach and rhetoric toward larger businesses, which forces us to question our growth here.” The e-commerce giant will definitely be moving more employees to its future HQ2 location in one of 20 cities not on the Left Coast (except LA). The new tax will require large companies to pay about 14 cents per hour worked each year. Half of this money to be collected will be courtesy of Amazon. 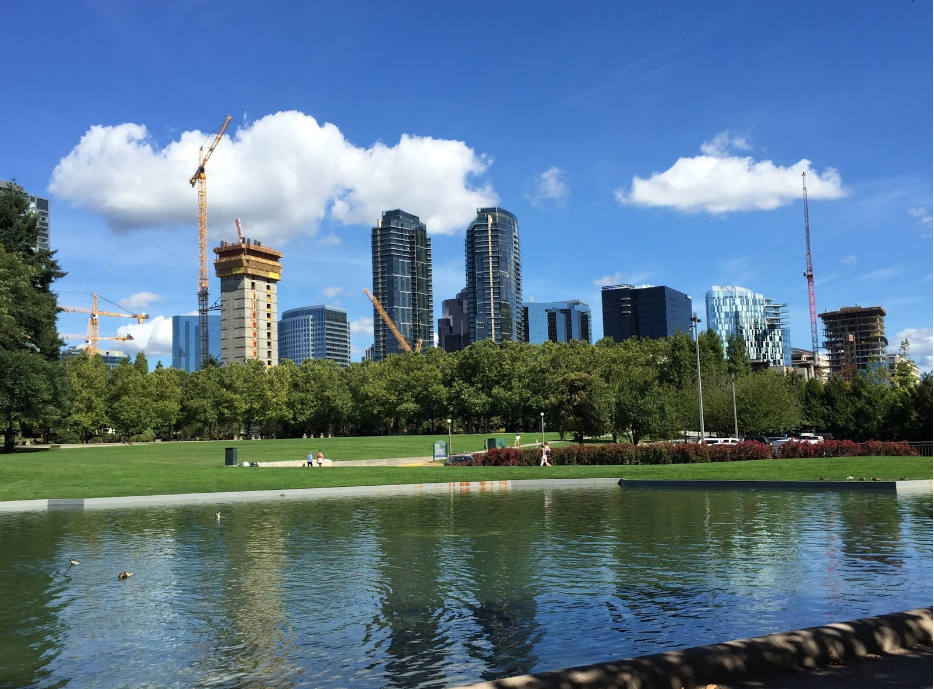 Image of Downtown Bellevue in September 2015

Big government solutions to tragic social problems don’t ever seem to work as planned. See the ineffective, duplicitous, and unsustainable safety net implemented by Lyndon Johnson and the Democrats nationwide in the 1960s. Instead of getting at the root of the problem, liberal Democrats continue to throw money at any problem to see what sticks. And in recent years, they view anyone who disagrees with them as heartless, racist, bigoted, or all of the above.

Essentially, liberals are not as smart as they think they are.

This is the premise of University of Virginia political science professor Gerard Anderson’s opinion piece posted last weekend in the New York Times.

“I know many liberals, and two of them really are my best friends,” Anderson’s article begins. “Liberals make good movies and television shows. Their idealism has been an inspiration for me and many others. Many liberals are very smart. But they are not as smart, or as persuasive, as they think.” And the backlash against them has been building, reaching a fever pitch in recent months. And they are not even aware of this self-harm because their tribe owns the media, entertainment, and education establishments. This backlash, if liberals do not change their ways, will get President Trump reelected, Anderson posits. I concur with this assessment.

The tastelessly brutal comedian Michelle Wolf’s performance at the dying White House Correspondents Dinner not too long ago was the latest example of how out of touch and unanchored in reality Democrats are. “For every viewer who loved her Trump bashing, there seemed to be at least one other put off by the one-sidedness of her routine,” Anderson wrote. In addition, Donald Trump was prompted by President Obama’s jabs during that same dinner in 2011. So, liberals’ self-righteousness and dismissal of anything different from them resulted in Mr. Trump becoming your president. Thanks Obama!

Kanye West’s recent foray on the Twittersphere spurred liberals to shout him down for daring to say anything they disagree with. They did not appreciate him talking on the subject of politics at all even though he was only emphasizing African Americans to think for themselves and remember that they do not have to be Democrats. Democrat Congresswoman Maxine Waters remarked, “sometimes Kanye West talks out of turn” and should “maybe not have so much to say.” How dare he think for himself and express what he thinks!

Progressives own the entertainment industry and dominate pop culture. Liberals run the country’s most prominent newspapers and media companies. Leftists educate our college students. And so, with progressives in the public eye everywhere, liberals believe they are more powerful than they actually are. “Liberals often don’t realize how provocative or inflammatory they can be. In exercising their power, they regularly not only persuade and attract but also annoy and repel,” Anderson points out.

Crooked Hillary voters continue to level the charge of racism against the 60+ million Americans who voted for Donald Trump. This constant level of outrage and anger toward those who hold different views from you has in turn made the use of that term utterly useless today. If everything and everyone is racist, nothing and noone is.

Here’s another great point Anderson makes: “Pressing a political view from the Oscar stage, declaring a conservative campus speaker unacceptable, flatly categorizing huge segments of the country as misguided — these reveal a tremendous intellectual and moral self-confidence that smacks of superiority. It’s one thing to police your own language and a very different one to police other people’s. The former can set an example. The latter is domineering.”

Liberals regularly claim to be caring and all inclusive while constantly driving people away from the Democratic Party with its holier than thou rhetoric and identity politics. They fail to realize that a solid swath of the American public voted twice for President Obama before voting for Donald Trump a couple years ago (an American National Election Survey revealed that more than 13% of Trump voters backed Obama in 2012). Democrats cannot even begin to fathom that reality. These Obama-Trump voters are still racist for supporting the Donald though, right?

Concerns over illegal immigration does not mean these America Firsters are obviously bigoted and racist. It is important to recognize the other side’s belief without attacking their character. Respect is required to win any argument. Furthermore, “Self-righteousness is rarely attractive, and even more rarely rewarded,” Anderson writes.

Instead of relying on facts and supporting their stances with acceptable truths to support their reasoning, liberals constantly use emotion and outrage to show how righteous they are. They are therefore trapped in a “self-reinforcing cycle” while using their high levels of power in American culture to “lecture, judge, and disdain,” pushing people into a strong opposition against them that liberals view as deplorable and irredeemable. Proof of a thoroughly unjust and completely racist nation. Anderson finishes off with a final salient truth, “Those prejudices will be validated even more if Mr. Trump wins re-election in 2020, especially if he wins a popular majority. That’s not impossible: The president’s current approval ratings are at 42 percent, up from just a few months ago. Liberals are inadvertently making that outcome more likely. It’s not too late to stop.”

Liberals likely won’t change this failing strategy. They are stuck in their own world of self-righteousness, Russia conspiracy/Trump-bashing fake news, and Trump Derangement Syndrome.

Progressives want to help people, so they claim. They do this by opening our borders to illegal immigrants and sheltering them from federal law enforcement. They do this by allowing homelessness to become such a massive problem that even compassionate Californians are demanding action. They do this by perpetuating a dismissive attack on the president and his supporters while his approval rating ticks up week after week (43.3% per RealClearPolitics’ average) as his administration is proving more effective each day despite the rampant mainstream media assault. Seattle’s socialist utopians are stealing from its biggest employers to fund a homelessness program that will almost surely prove ineffective and undoubtedly affect employment growth in their city.

Liberals think they are so smart and big government can solve any problem. They are wrong. But they don’t know it. They don’t see how their policies and endless accusations of racism toward Trump supporters are actually ensuring a Donald Trump reelection in a couple of years.