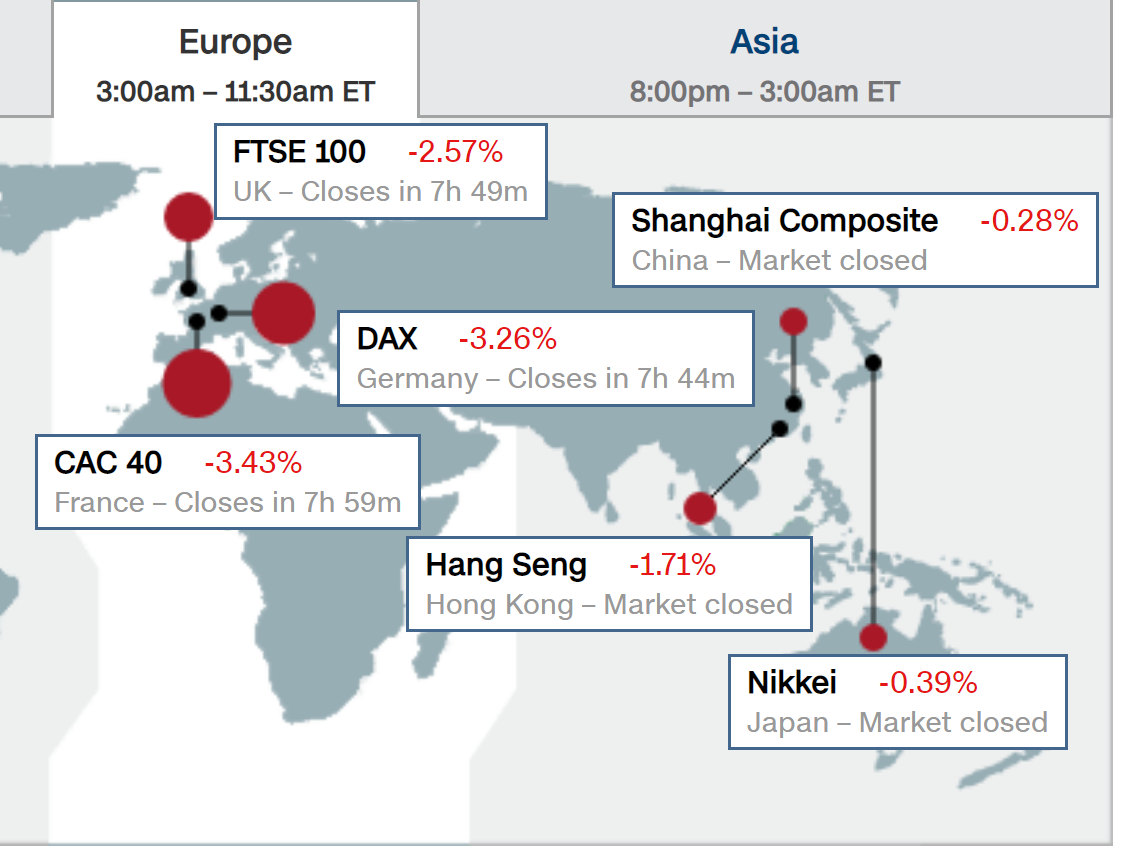 Analysts’ initial predictions have been that this would be contained within China by early March, and the economy would make a “V” recovery…bouncing back completely in Q3/Q4. With the new spread to Europe / Middle East/ South Korea… its becoming apparent that V could go much deeper than expected, and may likely become a “U”. Now I’m seeing increasing reports from experts agreeing we’re due for a big price correction.

Based on futures, US markets are poised for a pretty steep opening drop Monday AM. Given that stocks have been pumped into bubble territory on speculative tech buys in recent months, this week could get ugly. Lets hope for the best, but buckle in for a ride.

I think the big institutional investors were taking more of a pragmatic approach. Trading on currently available stats and news, while keeping things optimistic as long as possible, and praying the SARS “V” model held up. Until the South Korea/Italy reports late last week/this weekend, it was technically still only speculative this was going to seriously blow up outside of China (as likely as it may have seemed). If in fact it didn’t take off in other countries…the “V” was still actually a possibility (esp for those who choose to believe infections in China are really in some degree of decline). Nobody denied the economy was going to take a huge hit…but nobody could say 100% there wouldn’t be a bounce back after summer. But now the news has confirmed the worst case scenario, old models are out the window, this thing is going to hurt throughout 2020…they’ll react accordingly.