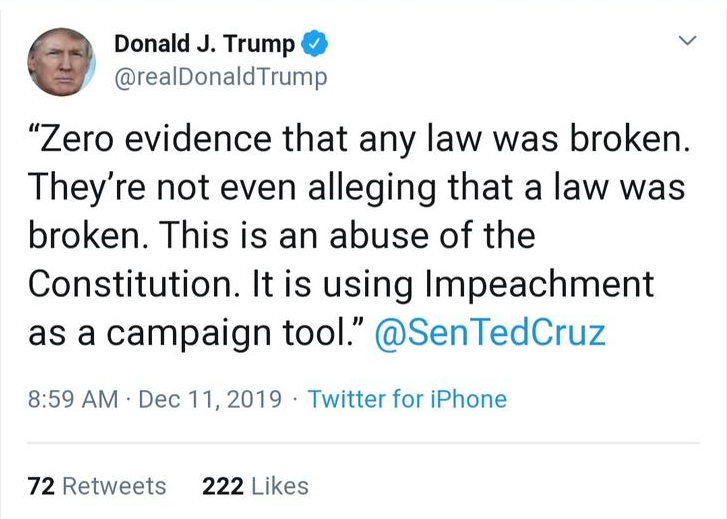 Their play was to induce perjury, resistance and in essence, create political theatre.

Trump didn’t fell for it and by protecting America and the American peoples, they are now claiming that he abuse his power.

This is nothing short of treasons.

BUT REMEMBER, ALL THE BEST PEOPLE KEEP TELLING US THAT TRUMP HAS UNDERMINED THE CONSTITUTION AND OUR INSTITUTIONS: