The largest companies spearheaded the fall in the S&P 500, shedding 8% to 16% of their market cap in less than a month.

The Worst Month Ever for Big Tech

Michael A. Gayed, portfolio risk manager and market analyst, reports that the stocks of the 5 largest companies in the US market are close to the worst decline in history. 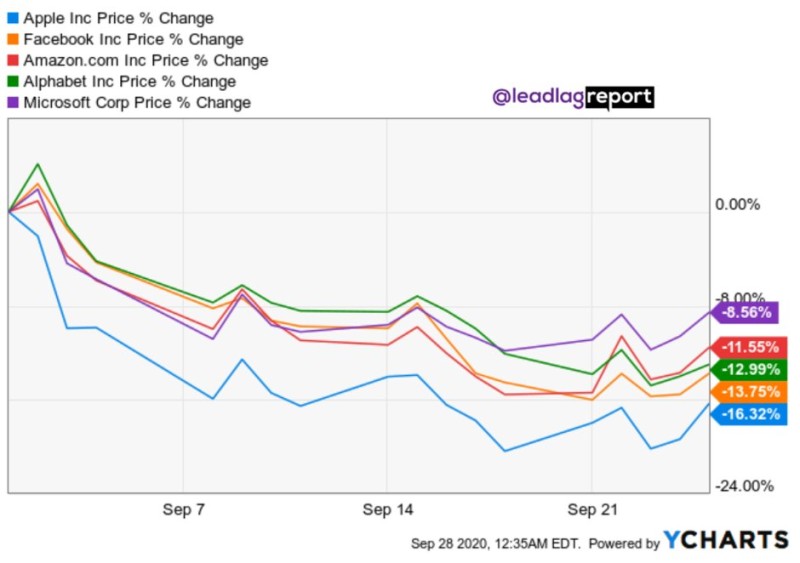 According to his observations, Amazon, Alphabet, Google, Apple, Facebook, and Microsoft lost 8.5% to 16.3% of their market capitalization in just one month. This is the largest concurrent fall of the 5 largest stocks in history (although, it should be noted that the stocks individually have already had much larger falls, which happened 20 years ago during the dotcom bubble burst).

Even though tech stocks topped the S&P 500 during the summer bull rally, they also spearheaded the decline during the sharp correction of US markets in early September.

Despite the continued growth of markets in the second half of September, it turned out to be rather volatile and on Friday changed to a fall after the news was published that President Trump and the first lady of the United States were among the COVID-infected.