Searching Twitter for the accounts of several prominent Republican lawmakers, and even the chairwoman of the Republican Party, produces, it seems, no results in the drop-down menu, prompting complaints of a “shadowban.”

If you were looking for the account of GOP chairwoman Ronna McDaniel or representatives Mark Meadows (R-North Carolina), Jim Jordan (R-Ohio), and Matt Gaetz (R-Florida), you’d be out of luck: Their names would not show up in the drop-down results menu. Neither would the verified profile for House Intelligence Committee chair Devin Nunes (R-California).

Meadows, Jordan and Gaetz are all members of the Freedom Caucus and, along with Nunes, are outspoken supporters of President Donald Trump. The president’s critics, such as Rep. Maxine Waters (D-California) and DNC chairman Tom Perez, or any of the 78 members of the Progressive Caucus, continued to appear in searches, VICE magazine found. 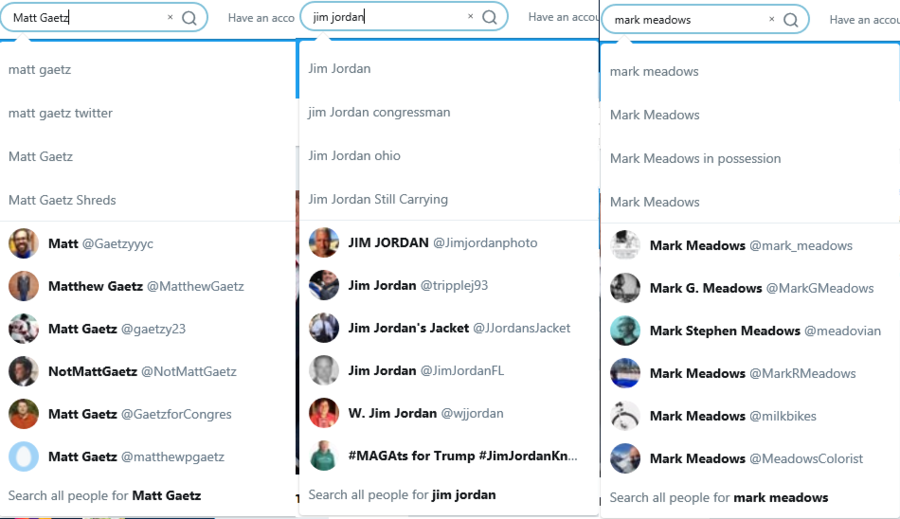 Trending:
See also  “I am suing the government (POTUS , CDCgov, Fauci, etc) for colluding with Twitter, facebook, LinkedIn and YouTube to censor our free speech during the pandemic.” - Dr. Martin Kulldorff
Views: 0