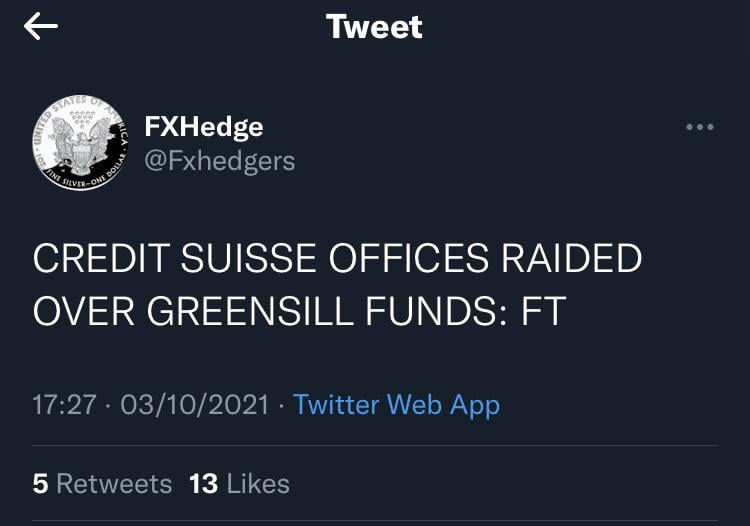 “Credit Suisse said it is cooperating with authorities in the case, which it says isn’t directed against the bank

Sh*t gets real everywhere other than AMERICA.

See also  The science is getting more and more complicated every day
See also  Sounds like dominoes are finally starting to fall. Things are getting spicy.