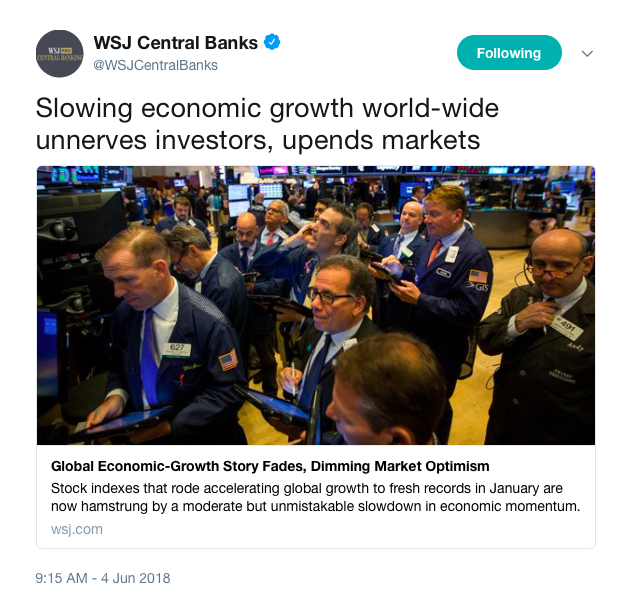 Global growth now hamstrung by a moderate but unmistakable slowdown in economic momentum in Europe and elsewhere.

Default Risk in Asia Is Rising as Governments Allow Failures

China is allowing more defaults to happen as it promotes more market-driven pricing in bond markets, while India’s overhaul of its bankruptcy courts is forcing large delinquent borrowers into the courts. JPMorgan Chase & Co. has revised its default-rate forecast for Asian high-yield bonds to 2.8 percent, citing negative surprises such as China Energy Reserve & Chemicals Group Co.’s recent debt failure. The U.S. bank forecasts the amount of defaults on such debt this year may rise to the highest since the global financial crisis.

READ  NOTHING TO SEE HERE, MOVE ALONG: Biden approaches economic point of no return.

‘Contagion’ in Argentina and Turkey Is Spreading to Other Countries

Other factors have included dangerous currency over-valuations, & the Eurozone crisis which has weighed on many linked EM nations.