Remember that whole “Silent Majority” movement that took place in 2016 that stunned the D.C. elites and made Donald Trump President of the United States?

Well, it’s happening again as 2020 looms but this time it’s even bigger, not so silent, and quite possibly even more deadly—to the Democrat Party.

The Great American Giant is truly awakening and it is preparing to deliver a rebuke of the far-left Democrats the likes of which the country hasn’t seen since the days of Ronald Reagan. 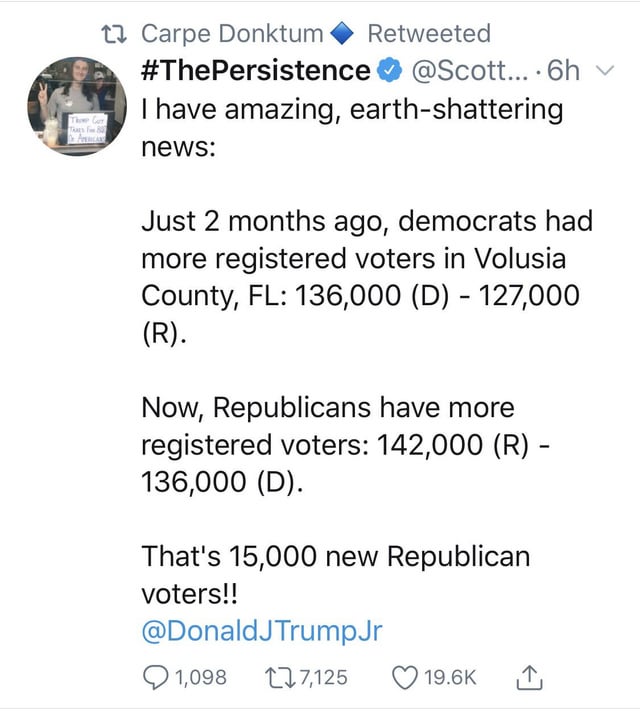 A +15000 shift for Republicans in a single Florida county is an example of what is taking place in counties throughout the United States as everyday Americans, sick of the 24/7 anti-Trump bias, the divisive class politics, the blatant anti-Americanism, have had enough and are preparing to deliver an even more powerful anti-establishment message to the D.C. and media elites that continue to try and tear down the very fabric of the nation.

And make no mistake, this growing “Trump coalition” counts Americans of all races and socio-economic backgrounds in its mix, a fact that reflects how much better almost everyone is doing since Donald Trump became president.

A great election cycle war is looming as the Democrat “get out the vote” machine will no doubt be working overtime to compensate for the tens of millions of voters who stand with President Trump and his powerfully successful “America First” agenda. As of right now, though, the momentum is clearly in the president’s favor.

“QUITE POSSIBLY THE SINGLE BEST BOOK I’VE READ THAT CAPTURES THE ANGER AND FRUSTRATION OF THE FORGOTTEN AMERICAN WHO FEELS PUSHED DOWN AND NEGLECTED BY A POLITICALLY-CORRECT WORLD GONE MAD. IT’S A STORY THAT IS AS SHOCKING AS IT IS BEAUTIFUL. IT STARTS OUT ONE WAY AND ENDS UP IN A PLACE I DIDN’T SEE COMING THAT HAD ME NODDING MY HEAD AND SAYING, “RIGHT ON!”

I STAND WITH MR. DIAZ BECAUSE I AM MR. DIAZ. WE ALL ARE. THESE ARE THE KINDS OF STORIES AMERICA-LOVING READERS MUST SUPPORT TO HELP FIGHT BACK AGAINST ALL THE CRAZINESS THAT’S TEARING OUR COUNTRY APART. 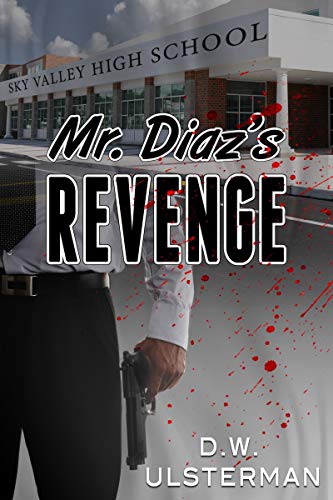