We must distinguish between the oft-lauded creative destruction of what is obsolete and destruction in pursuit of fleeting fashion.

I recently received an insightful email from a reader who had come across myarchives of free-lance articles and essays on home and urban design. I wrote dozens of articles for S.F. Bay Area newspapers from 1988 to 2006, and a handful are listed here.

The one the reader is responding to is Best Remodel Might Be None At All (2006). Here are the reader’s comments:

“I thoroughly enjoyed the articles you penned for the SF Examiner that you’ve linked to on your website, these being written close to two decades ago.

Especially noteworthy was your response to the homeowner inquiring about a kitchen remodel where you recommended that the best course of action might be no course of action. This was an wonderful response and it caught my attention because it belies the common sales oriented suggestions generally offered by those writing about remodeling, and especially about kitchens. Usually you see writers busy extolling the gutting and replacement of a kitchen with wild zeal talking about how wonderful it will be to pour coffee or to butter toast once the kitchen area has been refurbished… and how in the sheer pleasure of a new kitchen you might even choose to drink two cups of coffee just for the fun of it!

In the old craftsman style house or bungalow it would mean new plumbing and upgrading the electrical wiring to go with new appliances and new cabinetry. In the era when that house was constructed the cabinets were typically built on site, matching the cabinetry to the design and work flow of the kitchen.

Kitchen cabinetry today is highly decorative with expensive hardware and finishes, but hardly as suitable as kitchen cabinets were once intended; that being to provide an unobtrusive and utilitarian storage and work area for the laborious processes involved in the preparation of food. Areas for preparing food were never intended to be decorative with expensive countertops and as a show-off space for the espresso machine, it was rather the equivalent of a laundry room or a home workshop, a place to do work on surfaces that were large and solid enough to take some abuse and that could be easily cleaned.

Instead of suggesting a complete remodel you appealed to the homeowners aesthetic appreciation for the unique design elements in maintaining the symmetry of the older house that would be destroyed with a new fashioned kitchen. That is the best advice I have ever read offered to someone that was apparently under the thralls of the renderings of the soulless antiseptic modern kitchen most of which are only suitable for microwave cookery or a place to unpack the delivery of fast food. Hopefully this individual took your advice to heart.”

Thank you, Dear Reader, for the high compliment. It seems to me that this advice–appreciate what is, and leave it as it is rather than seek a frenzied make-over as a “solution”–can be applied to far more of life than remodeling.

As the reader so eloquently observes, mindless herd-like pursuit of the fashion of the day drives out practicality as well as destroying the integrity and aesthetics of the structure.

Ours is a commerce-and-credit society and economy. In an economy whose lifeblood is borrowing money to squander on consumerist pursuits of status, the tropism is always to rip out and demolish the old in favor of a faddish make-over.

We must distinguish between the oft-lauded creative destruction of what is obsolete and destruction in pursuit of fleeting fashion: how much of irreplaceable value has been demolished in favor of low-quality, brazenly superficial and instantly dated “new designs”?

The default “solution” in America now is to 1) borrow immense sums of money and 2) squander it heedlessly on self-serving cliches and false assumptions.Corporations, governments and entire populaces hurry after a chimera of “transformation” that transforms nothing of importance or value, but that generates vast revenues for lenders, profiteering shucksters and the government that depends on a frenzied pursuit of commerce-based status for its revenues and power. 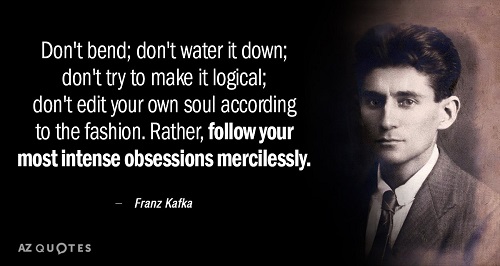