However, smart money is not always the smartest. 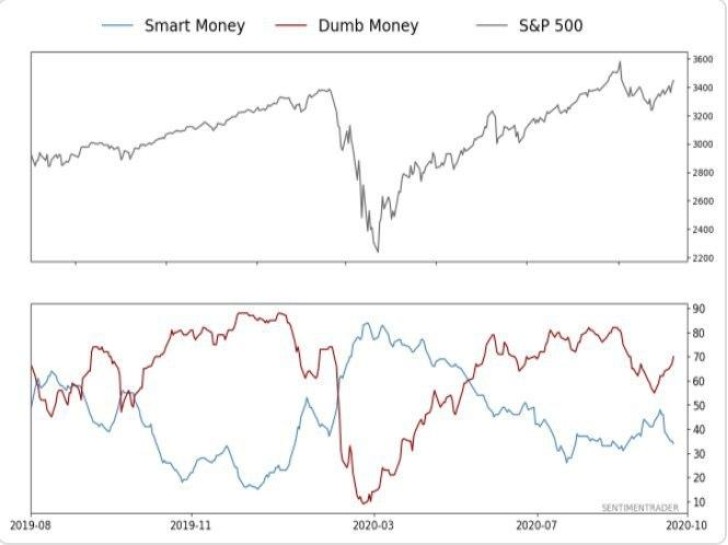 Dumb Money Vs Smart One on S&P 500 Growth

Smart money is not supporting the current S&P 500 growth, according to the sentimentrader.com. Throughout the year, the smart money has proven to be a fairly effective forward-looking indicator for predicting further market movements. however, it cannot be called completely reliable. However, now only dumb money supports the growth of the index, which occurs after the September correction.

Smart money includes investment funds and large institutional investors. It is believed that their decisions are more balanced, as they have the connections, resources, and time for a much more complete analysis of financial markets. In contrast, retail investors are called the “Dumb money” based on the fact that they have less information and more often make investment decisions using only intuition.

Earlier, the extremely low ratio of the S&P 500 buy/sell ratio was already noted, which indicated the unwillingness of insiders to buy out this correction, as was the case earlier in April and March.