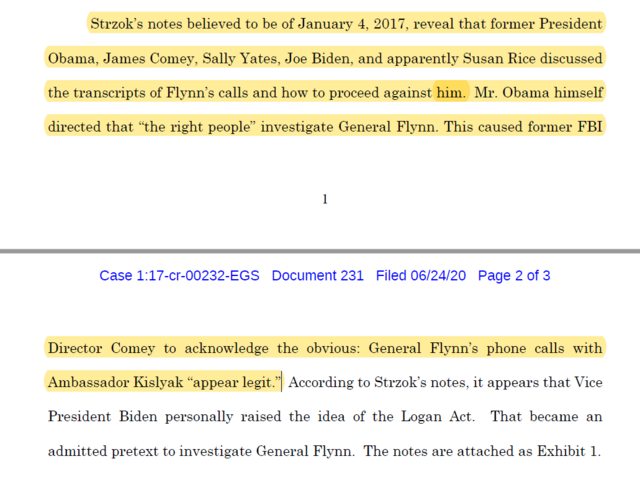 According to Strzok's notes detailing the January 5 meeting, Joe Biden ("VP") explicitly mentioned using the Logan Act to go after Flynn, and Obama explicitly directed James Comey ("D") and Sally Yates ("DAG") to investigate Flynn and use "the right people" to go after him. pic.twitter.com/rboF4ju4ks

This is very troubling. The Susan Rice email to herself clearly didn’t give an accurate portrayal of the meeting.
The “right people” is fundamentally different than “by the book”. t.co/AYs3oZ7qaX

*besides the global torture and black site program, illegally wirtapping Americans without a warrant, and the war that killed a million+ people that was based on lies t.co/YdYYck3JFF

• “I do not talk to the attorney general about pending investigations.”

• “I do not talk to FBI directors about pending investigations.”

• “I guarantee there is no political influence in any investigation conducted by the Justice Department or the FBI.”