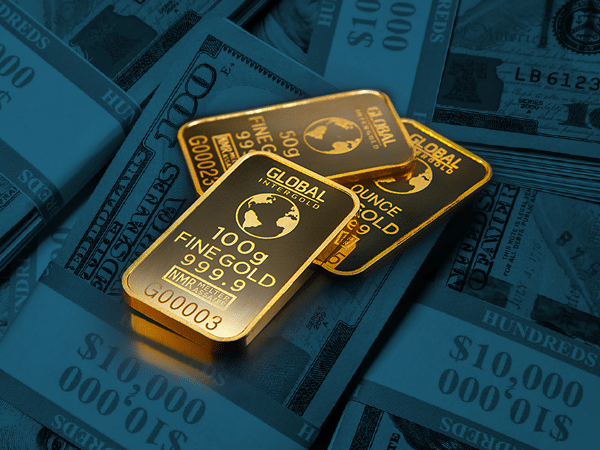 Photo by Flickr.com| CC BY | Photoshopped

This week, Your News to Know rounds up the latest top stories involving gold and the overall economy. Stories include: The Fed is in no position to respond to the spike in inflation, Swiss hedge fund is offering clients a precious metals shield against inflation, and Michigan jeweler launches his own Treasure Quest.

Inflation is rising, but gold is going up even faster

Long-term inflation expectations were already running high even before a report in June revealed that the CPI inflation rate rose by 0.6%, the highest monthly increase since 2012. In the absence of a global pandemic and the accompanying economic downturn, the Federal Reserve might interpret this as a signal to assume a more hawkish policy.

Yet, as FXEmpire’s Arkadiusz Sieron points out, the Fed is not just unlikely, but also unable to respond in such a fashion, having assumed an indefinite dovish stance in response to the crisis. Together with zero-bound nominal interest rates, Sieron expects inflationary spikes such as these to further plunge real rates into negative territory.

The lack of appetite for risk amid unprecedented uncertainty can be seen across the board, and not just from Fed officials. With corporations and banks reporting massive losses, Americans have been all too keen to jump on the gold wagon, be it to hedge their bets or simply to move into an asset that offers certainty.

With the pandemic appearing far from over, Sieron joins other analysts who have previously voiced that the real economic downturn would come afterwards, likely in the form of a recession. With the recent worsening of relations between the U.S. and China, this economic impact could be felt much harder. This explains the recent unwillingness of gold prices to dip below $1,800, and Sieron expects any move below that level to be met with an influx of eager buyers.

In a throwback to 2008, a Swiss hedge fund is implementing gold against currency debasement

Key figures in finance have been cautioning against a possible currency depreciation ever since central banks around the world went on a multi-trillion stimulus binge. With the official sector’s balance sheet now ballooning to unprecedented levels, one Swiss hedge fund has taken a proactive approach to guarding their clients’ wealth against erosion.

Jannik Wenger, head of investor relations at EDL Capital, revealed via email that the fund will soon allow clients to make investments in gold and silver denominations, as opposed to only standard fiat currencies such as the dollar and euro. Besides increasing their exposure to the metals, this will also protect EDL’s investors against sudden spikes in inflation, something Wenger seemed particularly concerned about.

“This raises concerns over rapidly rising inflation — potentially even hyperinflation — and currency debasement,” said Wenger of the pandemic-driven monetary stimulus. “With the two new precious metals share classes, we want to offer investors a way to protect themselves against such scenarios.”

While the move seems to be a throwback to times when the metals were used as primary currency, there is a much more recent precedent. In the wake of the 2008 financial crisis, which prompted the same actions from central banks, firms like Paulson & Co. made similar moves. EDL, which manages around $250 million in client funds, gained 4.4% during the first half of the year.

Besides warnings, money managers have also been issuing bullish forecasts for gold prices. Diego Parrilla, manager of the $450 million Quadriga Igneo fund, stated that gold’s price could climb to $5,000 within the next three to five years.

$1 million in gold, silver and other valuables are now up for grabs as part of a jeweler’s Treasure Quest

Different businesses have found different ways of dealing with the pandemic-related temporary closures. In the case of Johnny Perri, owner of J&M Jewelers in Macomb County, the closure was a way to reinvent his approach to business after 23 years in the industry.

During one of his outdoor adventures amid the temporary closure, Perri came to the idea of closing up his shop and launching an altogether new venture, using his existing trade as the basis. Before long, Perri started up the Treasure Quest website, which outlined how locals could be treated to some very lucrative findings with a minimal sign-up fee.

As Perri explains on the website, the jeweler opted to stash $1 million in gold, silver and other valuables with the help of his wife across the Michigan area, burying the treasure in various locations from Metro Detroit to the Upper Peninsula. From there, the dealer opened up registrations to his website, which will sign prospectors up to a series of treasure hunts, the first in August and the second in September.

Many more monthly treasure hunts are to be expected, and the website will assist those who signed up by offering clues to help them navigate the large area, along with offering a buy-back feature. “I had the time of my life hiding the treasure, but [I’m] even more excited about hearing the stories of those who are about to venture out to seek it,” said Perri of his new startup.