Table of all rate cuts at record highs 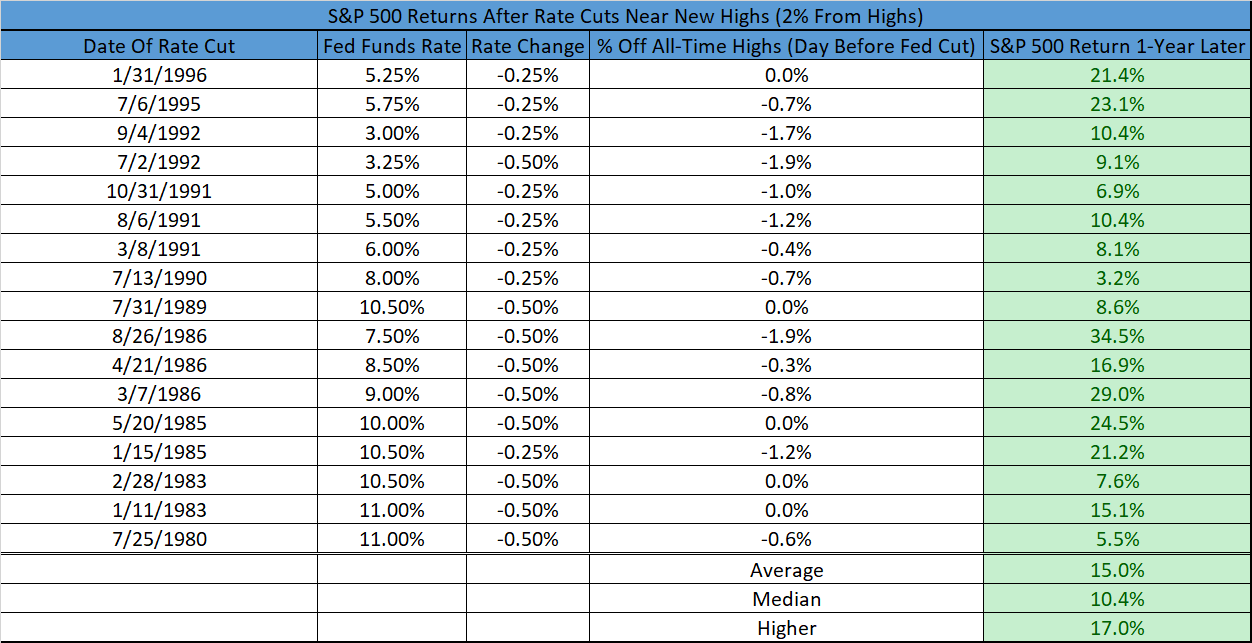 Stocks rallied 17 out of 17 times 1 year after these rate cuts, the S&P 500 is up an average of 15%, with the worst gain being 3.2%. That’s right; every single time stocks rallied in the next year. That’s probably because cutting rates at/near a record high is a great example of insurance cuts. If a recession isn’t coming and the Fed is cutting rates, it makes sense that stocks rally.

However, it’s too simplistic to claim the stock market being near its record high means a recession isn’t coming. Obviously, you can’t use stock prices being high to justify buying stocks. If there is further economic weakness, this pattern won’t be followed. Furthermore, the Fed is utilizing forward guidance more than ever, so rate cuts are already priced in.