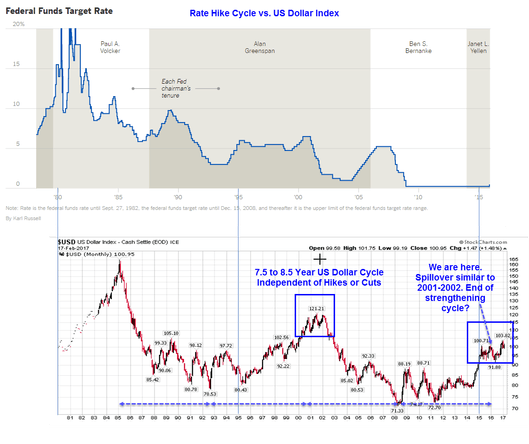 Why is it that nearly all of mainstream media preaches that rates hikes will strengthen the dollar and rate hikes will be bad for gold?

Gold Does Well in These Environments

Gold Does Poorly in These Environments

Gold does not necessarily rise and fall with interest rates, jewelry demand in India, or any other widely believed nonsense. Rather, gold has moved in conjunction with perceptions as to whether or not the Fed and central banks have everything under control. If you think everything is under control, and do not want insurance against a currency crisis or another debt crisis, then dump your gold. If you believe, that everything is not under control, or if you want some insurance, then take a position in gold. Either way, stop listening to conventional wisdom regarding gold.

Gold doesn’t offer yield. Junior miners may, and a leveraged exchange-traded fund tracking them has investors flocking to it. The Direxion fund has soared almost 180 percent from a 10-month low in December, while the precious metal has climbed about 10 percent. 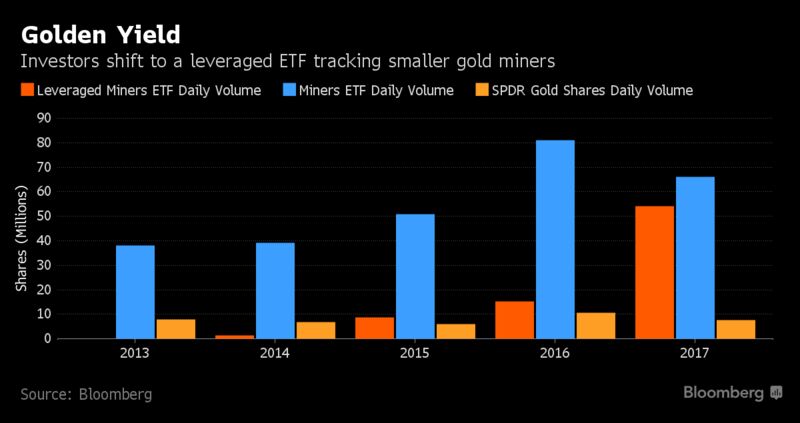 Investors seeking refuge from political uncertainty in the U.S. and Europe have piled into gold in recent weeks, its appeal further buoyed by a perception that the Federal Reserve would be slow to raise borrowing costs. Betting on miners has the advantage of giving exposure to dividends, and going for a leveraged security amplifies the returns in a rallying market. 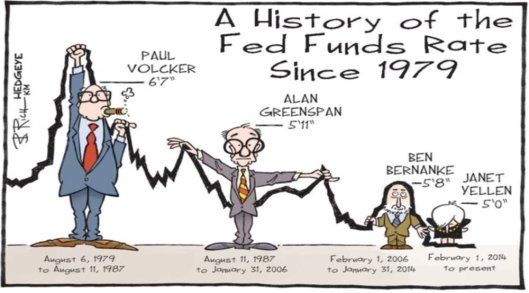 See also  Danielle DiMartino Booth: "This has been one of the most difficult periods in American history for small business owners. They’re not chipotle, they’re not bank of America, they cannot raise wages in order to compete with these large companies."
See also  Police mine GOOGLE for your location, search history...
1,054 views