While Imelda has lost wind intensity as it continues to move inland, dangers are just beginning for the Houston area and other places in eastern Texas that can receive up to 2 feet of rain.

Just one hour after becoming Tropical Depression Eleven at Noon CDT on Tuesday, the rapidly developing system was dubbed Tropical Storm Imelda. Imelda made landfall as a tropical storm near Freeport, Texas, around 1 p.m. CDT Tuesday.

The storm was downgraded to a tropical depression on Tuesday night as it moved farther inland.

The development of Imelda occurred just a few hours after Tropical Depression Ten formed over the central Atlantic. 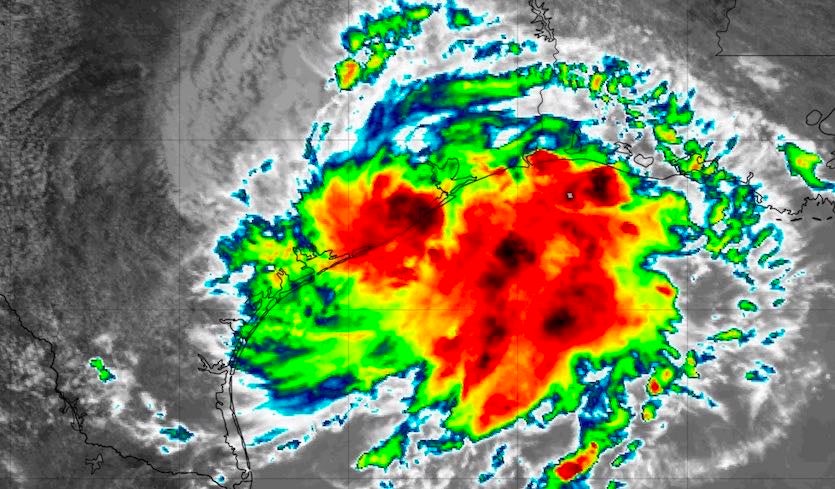 Mid-September is behaving very much in line with the climatological peak of hurricane season in the Atlantic, as the National Hurricane Center launched advisories on several new systems in the space of just two hours at midday Tuesday. Of most immediate concern to the United States is Tropical Storm Imelda, a newly designated system along the central Texas coast that could bring several days of flooding rains to the Houston area. Update: NHC issued its last advisory on Imelda at 11 pm EDT Tuesday, as the storm—by that point a tropical depression—was gradually moving inland and will soon become a remnant low. The heavy rain threat from Imelda continues, as detailed below.

Meanwhile, a hurricane watch and a tropical storm warning have been hoisted for Bermuda ahead of Hurricane Humberto, now a Category 2 storm with an expansive field of damaging winds. Humberto will move near or just northwest of Bermuda late Wednesday or early Thursday. Update: NHC upgraded Humberto to Category 3 strength at 11 pm Tuesday, with top sustained winds of 115 mph.

On top of all this, the system known as 97L became Tropical Depression 10 on Tuesday morning, and it’s likely to become a hurricane before it approaches the Lesser Antilles late this week.

Not to be outdone, the Eastern Pacific has one hurricane, one tropical storm, and one tropical depression, plus another system that could develop later this week.

Ok September 2019- I give. Storms forming all over the place- this is uncommon even for the peak of the season to have so many TCs and close-to-TC disturbances. pic.twitter.com/qDNz4Q1LSx