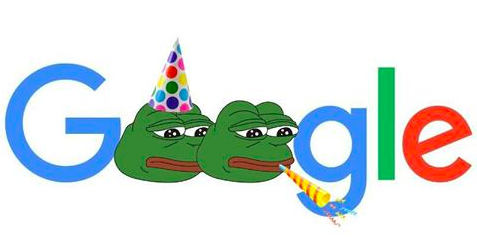 In other, unrelated news, Google announced a 10% reduction in its work force. Joke aside, according to a study released on Thursday by GovPredict, 9 out of 10 Google/Alphabet employees made political donations to Democrats. Truth be told, this comes as no surprise to me, but it’s nice to have some hard science to back one’s conspiracy theories, i.e. the fact that many of us are very concerned over the huge influence Silicon Valley has over America’s political life by skewing news and opinions we see on Google searches and on social media. It’s a known fact that Facebook, Google and Twitter are all based in liberal strongholds, like San Francisco, Mountain View or Menlo Park. Basically, since most communication is taking place today on the Internet via social media, everything we read and see is controlled by big-tech’s employees,which clearly have a strong left-wing political bias. There’s no way around it.

The study by GovPredict focuses on the political donations of Alphabet/Google employees, and it includes subsidiaries like Google Ventures, YouTube, Adsense and others, by using data provided by the Federal Election Commission.

I used to work in the tech industry. I still know (and talk to) a lot of people who work at most of the big tech companies in the valley. Their entire culture at Google, Yahoo, Facebook, Twitter, Apple etc. is decidedly progressive on social and political issues.  Some of them (Twitter comes to mind) already admitted it publicly, i.e. their companies lean left in a big way. It was Jack Dorsey himself who said that. Another case in point is Google firing James Damore over an internal memo which questioned the company’s lack of ideological diversity. Big tech  celebrates LGBT and similar deviant stuff, but not religion. They celebrate “diversity” unless you’re conservative or white. They celebrate free speech as long as it doesn’t offend liberal dogma. Which means they’re bigots.

One may argue that one of the reasons for their leftist bias is that their entire UX (User Experience) pool are people from the San Francisco Bay Area — the most liberal area of America. People in that  region think that politicians like Nancy Pelosi, Jerry Brown or Diane Feinstein are “centrists” rather than the far-left so-called liberals that they truly are. Their moral compass is completely messed up.

Here’s proof of the Left being a violent supremacist cult, bigoted, intolerant and

tyrannical. And keep in mind that  “third-party fact-checkers” are all Leftists. Every

Leftist supports and condones violence. Not one spoke out against the

Former Clinton Secretary of Labor and Berkeley professor of public policy Robert Reich tells CNN he has heard rumors that “right-wingers” instigated violence at the university on Wednesday night.

“Those people were not Berkeley students. They were outsiders,

agitators, I’ve never seen them before,” he said. “There’s rumors that

they were right wingers. They were a part of a kind of group that was organized and ready to

cancel the event. So Donald Trump, when he says Berkeley doesn’t

respect free speech rights, that’s a complete distortion of the

“Do you think it’s a strategy by [Milo] Yiannopoulos or

“I wouldn’t bet against it,” he replied. “I saw these people. They all

looked almost paramilitary. They were not from the campus.”

He added: “I don’t want to say factually, but I’ve heard there was

some relationship here between these people and the right-wing

movement that is affiliated with Breitbart News.”

You are a target if you are a conservative, and sooner rather than later we may well be a dying breed thanks to Google, Facebook, Twitter, et al. Think about it. Half the people that helped build their platforms into the giant competition crushing Goliaths that they are, were conservatives. Now that they can crush any and all competition,  they feel free to tell half their customers that they don’t need them anymore and they aren’t welcome. That’s not free market, they were free market until they no longer had to be.

Just imagine if Google, Twitter, and Facebook all of a sudden tried to stop their hordes of social-justice-warrior high IQ/Low Wisdom developers and content police from engaging in censorship and bias against conservatives. They’d be facing a mass insurrection which would terrify stockholders and the greedy progressive Democrat executives at those companies. To be clear, there is no such thing as bias to a progressive. It’s their way or the highway.

The people that work for Google may know how to code stuff to spy on others. That is not really a mark of intelligence. Just shows a complete lack of respect for personal liberty and freedom. Google has sales of over one million dollars per employee. They are selling your personal data by the way, that’s their business model. It should be clear to anyone that 90% of your employees cannot be of the same liberal bend unless you have designed it that way. It is a mathematical impossibility.