The actual budget appropriations bill is seven compartments consisting of more than 5,000 pages. However, here is the 29 page summary outlining the key elements as negotiated by congress.

WARNING: This is a bad deal, but it reflects the UniParty reality within congress.  Take a deep breath; don’t lash out.  Remember, there are very few MAGA minded representatives. This was negotiated by two wings of the same corporate bird and both want open borders.

View this document on Scribd

(Via Ryan James Girdusky) Border wall bill is out, here are some highlights:

Here are the areas Trump cannot build any wall 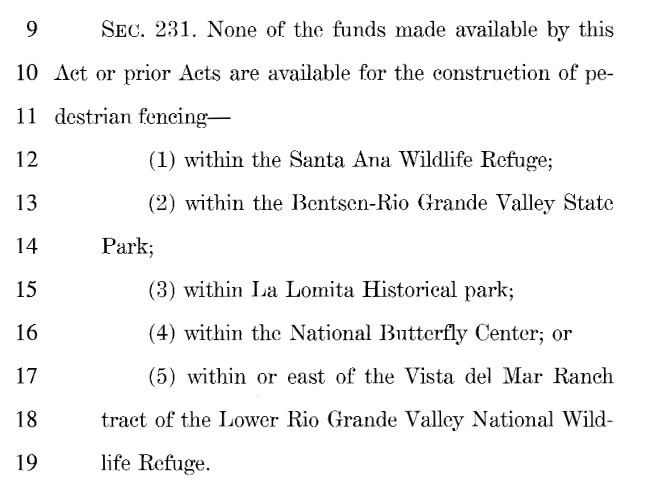 The bill gives $1.375 billion for constructing a “wall”/pedestrian fencing

They can only be used to make steel bollard design… no concrete wall, no prototypes. Same thing as what Bush and Obama built… just a little bit taller

The bill secures more than $3.1 billion in foreign health services, more than twice for the wall. 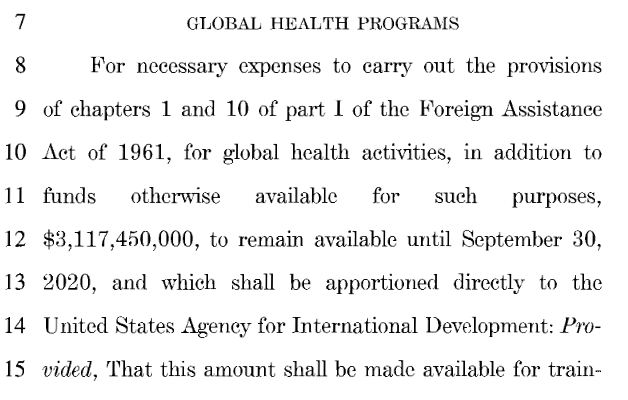 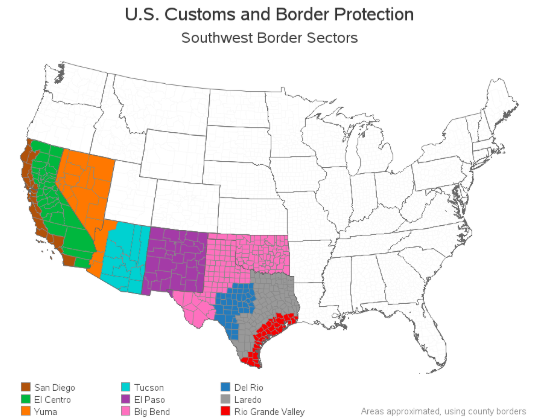 No funding for additional enforcement and removal field personnel. – that means no more ICE agents to deport people already in the country.

Expands the Alternatives to Detention program from 82,000 to 100,000… so instead of housing family units at the border- they get moved into the interior where they almost always stay in the country permanently.

Provides $40 million for additional ICE staffing dedicated to overall ATD (Alternatives to Detention) case management, particularly for asylum seekers… so no new ICE agents, but money to ICE to help illegal aliens settle in a non-detention center in the country.

The bill gives over $1 billion for the Smithsonian.