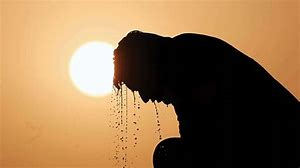 Dangerous Heat Wave Expands from Plains, Midwest to East into This Weekend

A heat wave is expanding from the Plains and Midwest and will linger in the East through this weekend, bringing many cities their hottest temperatures so far this summer and creating dangerous heat indices.

The National Weather Service has issued excessive heat warnings, watches and heat advisories in the Plains, Midwest and much of the East to warn residents of the dangerously hot conditions over the next few days.

Excessive heat warnings are issued when afternoon heat indices are expected to be dangerous, if not deadly, for those with prolonged exposure to the heat. Overnight temperatures may not drop far enough to bring relief from the heat, particularly in larger cities, which tend to “hold in” heat more than rural areas.

DC to feel almost as hot as Death Valley on Saturday

The northeastern United States will sizzle this week as summer heat builds to near-record levels in some places, with many metropolitan areas experiencing the hottest air temperatures of the summer so far as a heat wave envelopes a wide swath of the United States.

In the nation’s capital, AccuWeather RealFeel® Temperatures on Saturday are forecast to reach 110 F, just 2 degrees shy of the RealFeel Temperature forecast for Death Valley, California, on the same day.