Mortgage credit conditions are at their tightest levels in 6 years.

No kidding the Fed had to buy $600B of MBS in the last 6 months. pic.twitter.com/6LD8cKGUMf

That's how many people are currently collecting unemployment insurance benefits.

Latest report just shot up by 2.2M in a week.

Probably far from over. pic.twitter.com/qFRiRrqAd9

Total assets on the Fed’s balance sheet for the week ended September 9, released this afternoon, fell by $7 billion from the prior week, to $7.01 trillion. Since the peak on June 10, total assets have declined by $158 billion: 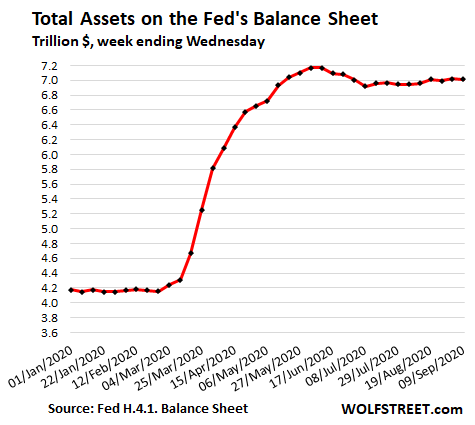