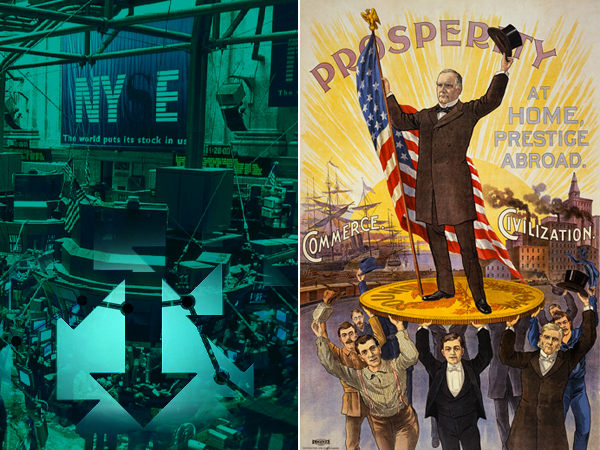 It looks like POTUS is borrowing his script from the U.S.-China trade war to apply new tariffs to all Mexican goods.

According to Newsmax, the new tariffs on Mexican goods are starting at 5% and could potentially rise to 25%, as POTUS recently declared for China. So consumers who were purchasing Chinese goods, and tried to avoid higher prices by selecting Mexican goods, may end up paying higher prices anyway.

The Newsmax piece outlined how the door starts to close if Mexican tariffs match Chinese tariffs:

Companies, and thus Americans, have been avoiding some of the U.S. tariffs/taxes on goods partially made in China by purchasing these same goods from Mexico. Mexico had therefore been picking that market share from China on several products listed in the September 2018 Office of the United States Trade Representative (USTR) trade tariffs list.

Let’s say there are only two doors. If you can’t go through one “door” and try to go through the other, but then that door closes too, you aren’t going anywhere.

With higher prices and potentially strangled supply chains, these new tariffs may bring about even more uncertaintyin an already uncertain market. Additionally, there could also be “increased recession risks” from cancelled investments, according to Hans Parisis.

A piece at CNBC highlights how automakers’ and auto parts’ businesses are in jeopardy (emphasis ours):

With over $100 billion worth of autos and auto parts imported into the U.S. from Mexico, General Motors, Ford, American Axel, Autoliv and Lear are the stocks most at risk, RBC head of U.S. equity strategy Lori Calvasina said.

And that’s just the automotive sector. A slew of large consumer product companies will also suffer on issuance of tariffs such as Spectrum Brands, Newell Brands, and Constellation Brands. Products like batteries, lighting, kitchen storage, office supplies, even beer, wine and spirits may end up suffering.

The same CNBC piece alluded to the fact that a 5% tariff in Mexico could “wipe out profit margins” at oil refiners like Valero and Marathon. This means your energy or automobile fuel bill has the potential to rise dramatically in response.

Imagine if the tariffs were to increase to 25%? Quite a wallop. And it looks like the markets are already reacting.

The 10-Year Yield Curve Falls Off the Table

POTUS seemed to shake investors out of a slumber last Friday when he announced the tariffs on Mexico. Bond yields reflected the market’s “surprise” by falling off the table.

The 2yr / 10yr curve was trimmed to 21 basis points, and 10 year yields hit a 20-month low according to another CNBC piece (emphasis ours):

In spite of market worries, the White House confirmed its position had not changed on issuing the tariffs as of 6/6/2019.

Treasuries are not safe, and neither are any countries.

The strong possibility of new tariffs may have rattled markets, but it seems to have provided both gold and silver a safe haven boost.

[Gold] is up 1.7% in May, poised to snap three months of losses. Silver also rose, trimming this month’s loss.

In the beginning of May, the volatility index jumped to its highest point since January and hasn’t looked back. This may have been encouraged by trade war news, and could explain increased interest in gold and silver.

The Fed can potentially play a part by cutting rates. If it does, it may provide gold and silver with “room to grow,” according to Newsmax:

So don’t wait to consider shifting some of your own assets under these “safe havens.” The time to move is now.