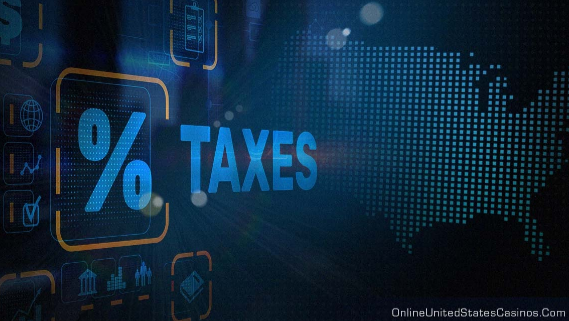 Why are sports betting and casino legislation always in the media? Gambling has been a massive generator of tax revenue in the United States for decades. That money is used to fund education, public programs, and infrastructure.

The year 2020 saw a dip, though with many land-based locales forced to shutter their doors. It’s not a small hit, either. There are 18 states with commercial casinos and a total of 30 with tribal betting locations.

Luckily, internet casinos and sportsbooks were able to supplement states while everyone was trapped at home. There are 29 US states, including Washington DC, with active, legal sports betting operations and more already on the horizon. Factor in an extra handful of other states with regulated online wagering, and it’s clear there’s a ton of money in the industry.

In 1931, gambling in Nevada was fully legalized with the introduction of Assembly Bill 98, and it’s been attracting millions of gamblers ever since. Now there are hundreds of casinos throughout the state and online. They consistently take in one of the country’s highest gambling tax revenues year after year.

About 17.4% of Nevada’s state budget consists of casino taxes. With closures due to the pandemic, casinos pulled in $7.87 billion in 2020. According to the Nevada Gaming Control Board, that was down by 34.6% compared to $12 billion in 2019. 2021 only saw a slight decrease of 0.67% from January to August of 2021 compared to the same period in 2019. These numbers are impressive, but other states almost managed to outrank them when a 2018 lawsuit opened up sports betting outside Nevada.

New Jersey legalized casino gambling in 1976, but online gambling followed much later in 2013. States outside of Nevada weren’t allowed to offer sports betting until a 2018 federal government ruling. The state that seemingly benefited the most from this change was New Jersey.

See also  2023 is the 8th greatest start to a year for the stock market. Ever.

In September 2021, they became the first state to pull in a whopping $1 billion in sports betting revenue in a single month. Combined with their land-based casino and online industry, that brought them up 40% from the previous year. They’re on track to hit ten-digit numbers every month until the end of 2021. However, that may change when neighboring New York goes live with its sportsbooks soon.

While horse racing was legal in 1959 in Pennsylvania, it wasn’t until 2004 that the state’s law expanded to include slot machine games at the racetracks. Table games followed a few years later in 2010, and regulated online gambling came about in 2017.

2021 saw a record-breaking year for Pennsylvania as their 14 land-based casinos, internet sites, and sports wagering generated $3.9 billion. That was up 17% from their previous record of $3.2 billion in 2017. Spurred by the addition of online betting and sportsbooks, they consistently rank in the top three states for gambling revenue.

Michigan’s first legal gambling location was a blackjack table set up in Keweenaw Bay Indian tribe member Fred Dakota’s garage. The state now has 26 land-based casinos, with 24 of them being tribal, and finally legalized online and sports betting in 2019.

Six months after the internet gambling legalization, the state accrued over $90 million in tax revenue. In September, Michigan joined New Jersey and Pennsylvania as one of the only three states to pull in over $100 million of taxes in a single month. With their online live dealer casino options that residents are exploring from home, they expect to reach $1 billion in revenue this year.

Gambling was officially legalized in West Virginia in 1994, and they now have five land-based casinos. In 2018 they were the fifth state to offer sportsbooks and expanded to legalize internet gambling in 2020.

See also  Welcome to Hotel California: Lawmakers Move to Tax People Who Have Left the State

Despite the catastrophic closure of their online sportsbook, BetLucky, Since 2019, West Virginia has generated $4.7 million in tax revenue from sports betting, with $2.4 million of that being from the first half of 2021.

More States Look to Jump on Board

As states continue to rake in cash despite pandemic shutdowns, others are moving quickly to join the trend. New York is planning to launch multiple sportsbooks at the beginning of 2022, with many additional states currently in legislation to regulate various forms of gambling.

With millions going to infrastructure, economic development, and education, it’s no wonder everyone is looking to jump on board.

Ashley Grasse is an avid traveler and has enjoyed more than a few nights in casinos around the US. She is currently employed by OnlineUnitedStatesCasinos.com as a writer. She has always had a passion for the written word and loves to read. Most of her spare time is spent hiking, foraging, or swimming. Although she currently doesn’t have any pets, she adores dogs immensely.