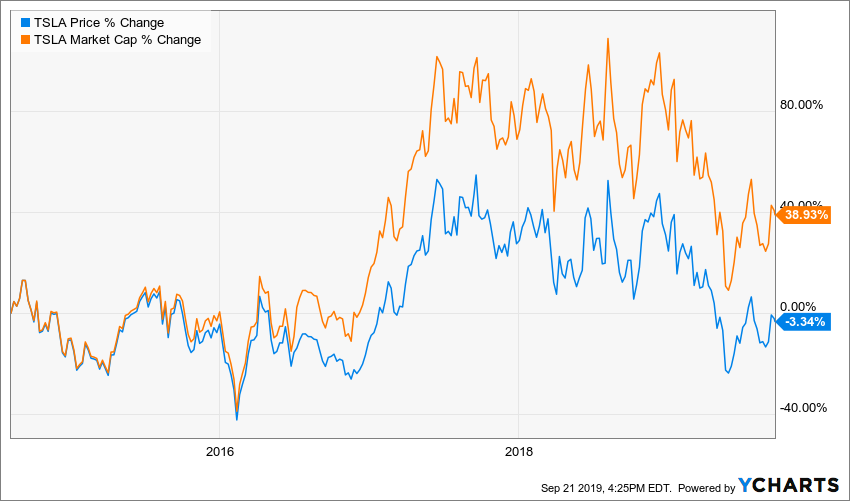 Tesla’s market value has increased by 39% over the past 5 years, but Tesla shareholders have not benefited because Tesla has created so many new shares

Tesla creates an extraordinarily large number of new shares, far more than a normal company. Over the past 5 years, the number of Tesla shares rose from ~125M to ~180M (that’s 44% more shares)

Put simply, the company is divided into pieces (called “shares”) and every time a new share is created, the existing shares become smaller (because each share is a smaller piece of the pie)

The pie grew by 39% over the past 5 years, but each piece of the pie is 3% smaller (because the pie has been divided into so many more pieces). Even though the pie is getting bigger, each piece is getting smaller

Essentially, Tesla is funding it’s operations by draining ownership of earnings and assets away from existing shareholders

Many Tesla shareholders don’t realize this is happening to them. The company is growing but they are being left behind