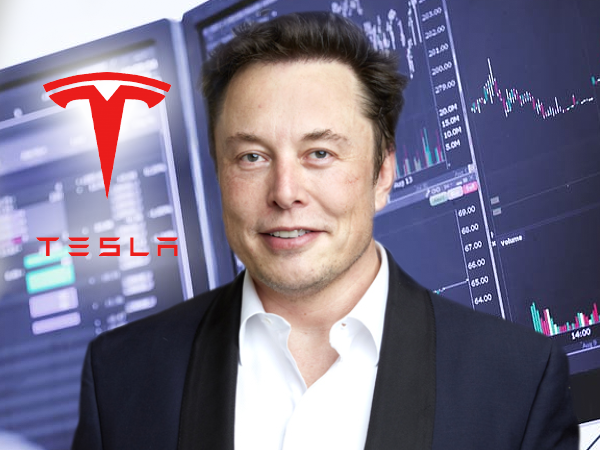 Near the end of a bull run, it’s fairly common for “frothy” conditions to develop in the financial markets. This often occurs shortly before bubbles pop.

According to Investopedia, “Froth refers to market conditions preceding an actual market bubble, where asset prices become detached from their underlying intrinsic values as demand for those assets drives their prices to unsustainable levels.”

Based on this definition, Tesla has definitely been frothy. In fact, its recent jump in stock price was parabolic — potentially a blow-off top. Referring to this near-vertical surge, Matt Maley, Chief Market Strategist at Miller Tabak, told CNBC that he predicted trouble in Tesla’s future:

Tesla has gone parabolic.[…] This is taking Tesla well above a level that would be supported by its current fundamentals… The stock is going to get absolutely clobbered at some point before long.

On Twitter, Ralph Nader commented on what Tesla’s stock surge could be signaling:

When the stock market bubble implodes, it will have been started by the surge in Tesla shares beyond speculative zeal…

That “speculative zeal” may already be happening, and here’s why…

The “reversion train wreck” Henrich alluded to — a price drop of more than $100 a share — happened just one dayafter the stock’s unusual rise, mainly because of fears that the coronavirus would delay new vehicle deliveries to China.

So, to summarize, Tesla’s stock soared on “buyer panic” and crashed on a different kind of “panic.” The result is an extremely “frothy” company stock price that has become detached from the fundamentals that should normally drive that price.

Another way to think of fundamentals is reality. Does Tesla’s stock price reflect reality?

Here are some facts: Tesla is buried in debt, and finished 2019 with a price to earnings ratio in the red, -$149.33 to be exact. So it doesn’t look like their fundamentals are doing so well.

Right now it sure seems Tesla’s stock is overvalued. Who knows when the company will cover its legendary losses, stop burning through cash, and return to reality?

This may not happen until the Fed reverses the current flow of easy money.

Is the Fed’s “Printing Press” Fueling a Frothy Market?

Underlying problems with the Fed’s recent repo operations appear to be on the verge of escalating, which could trigger even more Fed money printing — and more froth in financial markets.

“This really speaks to the idea that once again we’re on the brink of potentially being in this bubble, where valuations are about the story and the narrative and not about the cash flow and profits,” she said last November.

Fast forward to today and it sure seems like fundamentals have taken a back seat, Fed monetary policy is loosening again, and “frothy” stocks like Tesla are along for the ride.

You likely know the often-repeated definition of insanity…

Keep doing the same thing over and over, while expecting different results.

This isn’t rational thinking. But it sure seems like the U.S. economy, this time aided by the Fed’s “organic” balance sheet growth, could be heading for another crisis similar to the dot com bubble — or worse.