Here’s an updated chart of the daily COVID-19 testing situation in the United States. For the past week, the total number of tests completed has stalled at a level of around 150,000 per day level, and the number of confirmed cases has also stalled at around 30,000 per day. (Again, the positive test rate is 20% — 1 out of every 5 tests! — which is quite high and indicates that only the most serious cases are being considered for testing.)

This suggests that the recent decline in the USA confirmed case growth rate (which manifests itself on a log-scale chart as a flattening of the curve) is simply a testing bottleneck as opposed to any kind of real success in reducing the spread. It’s obvious that the USA continues to test only the most serious cases and that no attempt is being made to increase test capacity and determine the level of community spread. 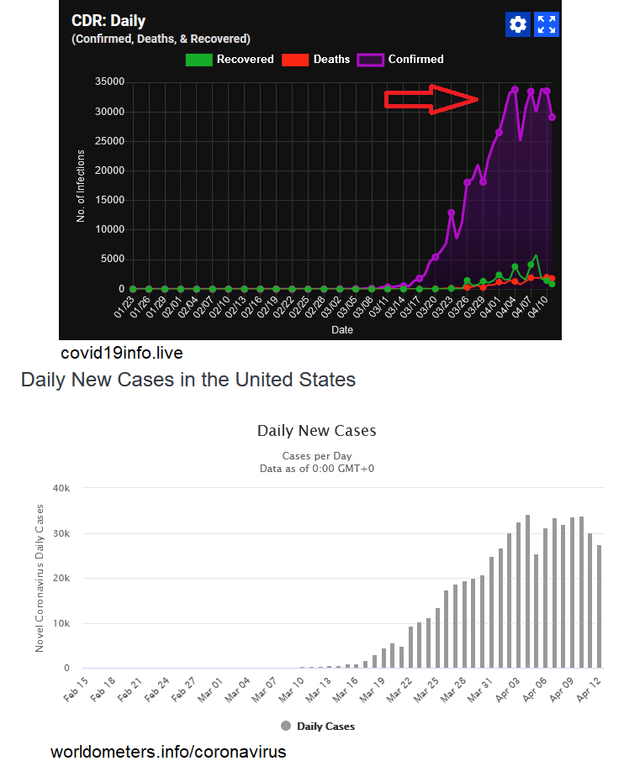