And yet, Industrial Production as a whole, the headline index, fell by more than 1% year-over-year in October. Not only is that a rare negative for overall IP, that’s at a rate about equal to the (revised) estimates for the month of June 2015. And in June 2015, the rate for crude production was +7.2%.  As with today’s retail sales, the Fed’s IP series is also suggesting a lot that looks entirely too familiar. 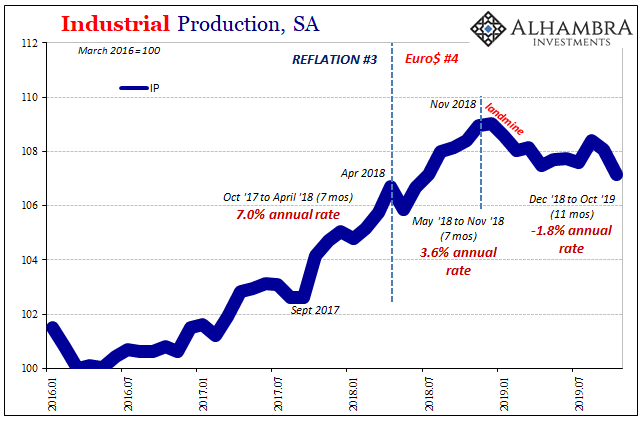