German and Austrian netizens openly accuse the US Navy, which days ago was in the Baltic Sea, of having carried out the attacks against Nordstream 1/Nordstream 2.

Some even go further from this point and accuse the current Social-Democratic Government of Germany of being “Vassals of America”, which is an understatement.

Needless to say that such incident will polarize even more the German society on the next weeks.

Tonight, on German-Speaking social medias, the hashtag #Kriegserkläerung (Declaration of War) is trending, as some German nationalist netizens accuse the US of doing the NS1/NS2 sabotages, which according to them is akin to a Declaration of War by the Americans against Germany. 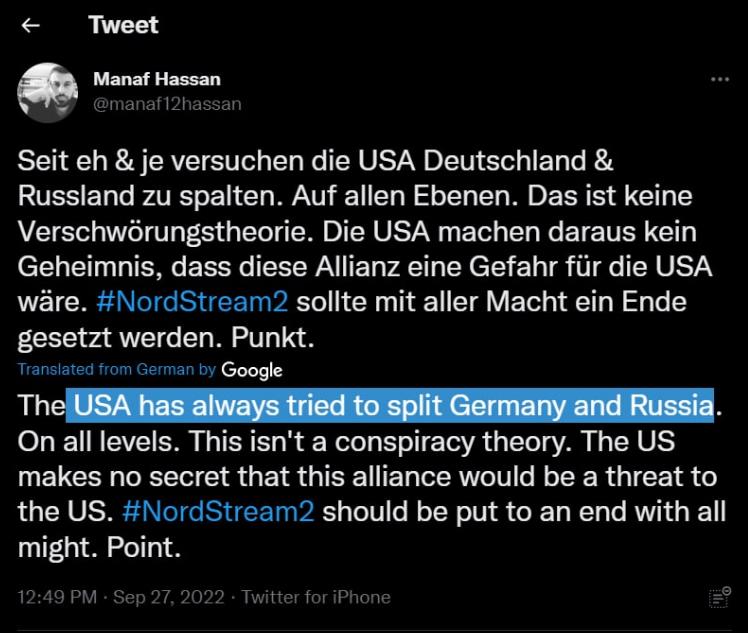