They used the Trump election as a Trojan horse to gain support for NATO think tanks to gain control over popular internet platform policy.

Let’s be clear. If people don’t believe in the “Russian threat,” NATO is essentially rendered useless. Promoting tensions with Europe’s largest country is an existential matter for The Atlantic Council. 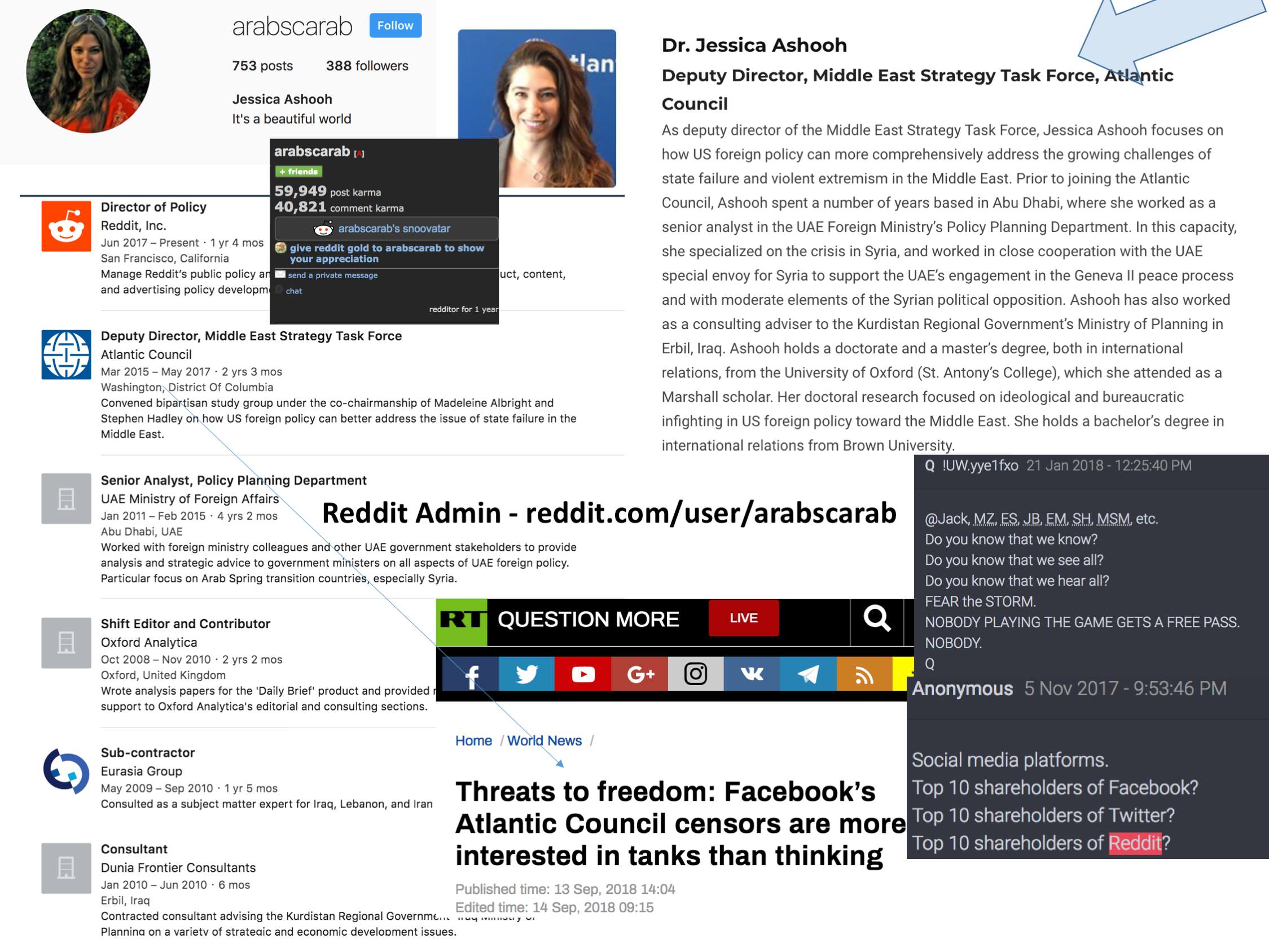 The Russians have their own agenda. I don’t dislike the Atlantic Council because Russia dislikes them. I dislike them because they belong to an immoral cadre of elite oligarchs that seek to push the objectives of NATO no matter the cost.

Russia is interested in it’s own agenda and is prepared to do exactly the same immoral shit to achieve that. Maskirovka is highly effective and RT is as much a part of that as any western media outlet is apart of NATO’s objectives.

That doesn’t mean that what RT may post is wrong… it simply means that anything and everything they post must be treated with exactly the same level of scrutiny as a west-centric news service.

As for Qanon – Wikileaks said it best:

On June 26, 2018, WikiLeaks publicly accused QAnon of “leading anti-establishment Trump voters to embrace regime change and neo-conservatism”.[tweet 1] QAnon had previously pushed for regime change in Iran.[66] Two days later, the whistleblower organization shared an analysis by Internet Party president Suzie Dawson, claiming that QAnon’s posting campaign is an “intelligence agency-backed psyop” aiming to “round up people that are otherwise dangerous to the Deep State (because they are genuinely opposed to it) usurp time & attention, & trick them into serving its aims”.[tweet 2]

And from what I’ve seen from the average Qanon contingent – this is an absolutely spot on appraisal.

See also  Two-faced Facebook’s hypocrisy on freedom of speech reveals it is now a clear and present danger to democracy
1,443 views